While in Hong Kong, I lived for a few months in one of the busiest shopping districts. The moment I stepped outside, sales people started shouting in my direction. They tried to sell me everything: fake Rolex watches, handbags, tailoring services, massages — you name it.

If that’s ever happened to you, you learn to ignore them and have them talk to your behind as you walk away.

Online it is no different: people are bombarded with ads. In this article, I’ll use a case study where I’ve cut the lead cost of a Facebook ad campaign in half by improving the storytelling and copywriting.

The original ad for a wellness webinar didn’t explain why the webinar would be worth one’s time. 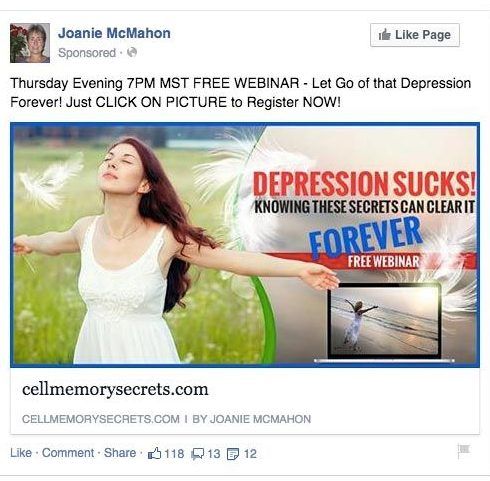 After rewriting the copy, the cost per conversion decreased from $3.10 to $1.64 — while getting more volume. 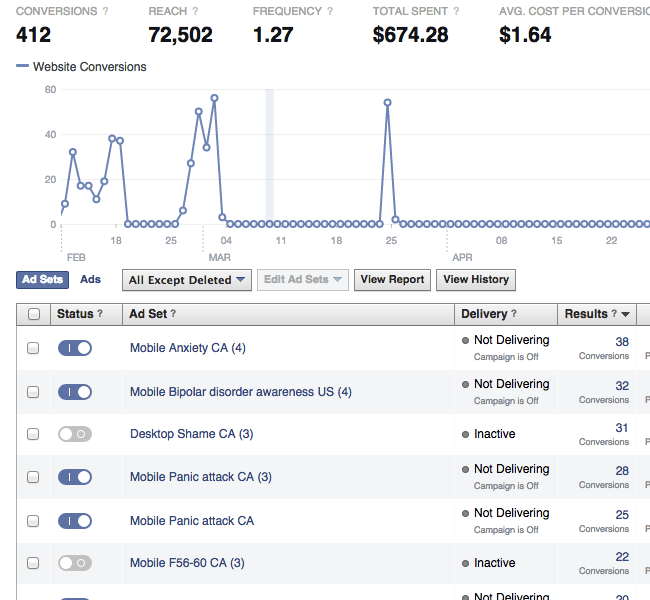 So what tricks do I have up my sleeves to improve ad copies (and thus lower Facebook ad costs)?

A) Divide and conquer the ad copy 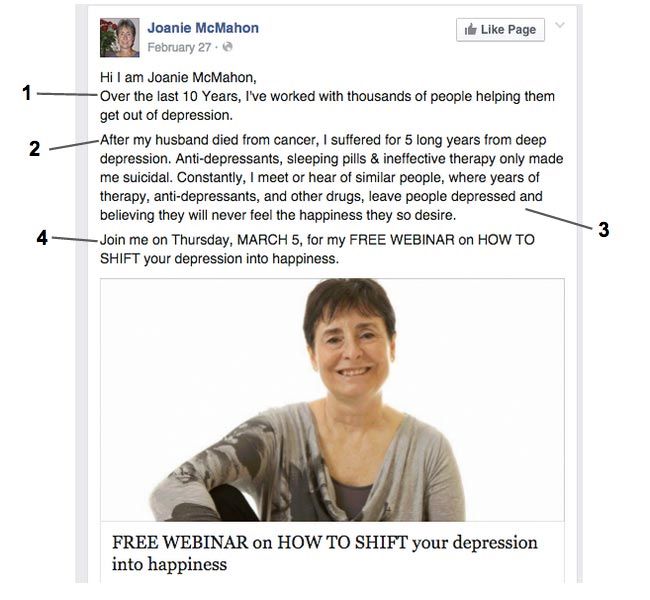 We can break the above ad into four main blocks:

B) Tell the story

When the CEO of Air Dining presented a dessert made with the world most expensive coffee to Gama Aviation executives, the response if owners of private jets would buy it was: “Understanding that sort of level of craftsmanship that goes into it, is going to be key to having this in the air. Food tastes better when you’ve got the story.”

That is what we’ve done in the ad below when telling the author story. 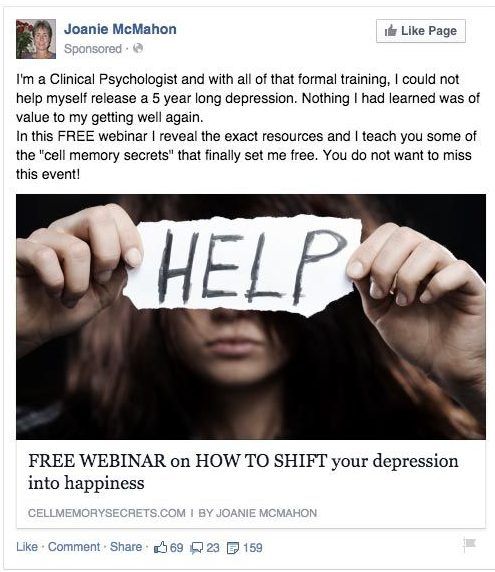 When possible, reference third party statistics that support your claims. This excerpt from an email campaign cites a credible study done by Harvard. Such an approach could easily be made into a Facebook ad.

Year After year statistics shows an increase in people suffering from depression. In parallel antidepressant use increased nearly 400 percent over the last two decades.

According to a Harvard study, the number of patients diagnosed with depression increases by approximately 20% per year. If Meds where the answer to depression numbers will be going down instead of going up.

Want to know how? Join my webinar and break free from the from antidepressant addiction that only makes you feel worst.”

Note: These three tips shouldn’t be seen as the only way to produce good ad copy, but rather like food recipes, where multiple food recipes are good.

What hacks have you used to lower your Facebook ad costs — especially ones that were meant to bring in new leads and conversions?