At the time, it was only available to a few major advertisers and mobile app publishers. The platform was still young, and you and I probably couldn’t have done anything with it anyway.

But, as of a few days ago, the Audience Network has been released to the general public, to every advertiser and mobile app publisher who might be interested.

What is the Audience Network?

Previously, the ads you ran on Facebook were displayed on Facebook, or in Facebook’s mobile app. You were restricted to these two options, but they were good.

The world’s most popular social network, with its wealth of data and precise targeting options, gave you a lot of power as an advertiser.

Your prospects were there and you could go after the most promising ones pretty easily. You had effective – wildly effective, even – tools like Partner Categories and Lookalike Audiences at your disposal. There were many ways to get your ads seen by the right people.

But, they had to be on Facebook. You couldn’t take Facebook’s rich customer insights and then leverage them elsewhere.

Does the Audience Network have any restrictions?

Well, to start, you have to run your ads in a participating mobile app.

You can’t blast these ads all over the web. Not yet, at least. They’re only available for mobile ad slots inside mobile apps that have signed up for it. This requires app developers to download the software developer kit and split the proceeds with Facebook.

What’s more, they’re only available for the ads you’re already running on Facebook.

Facebook ads and Audience Network ads have something of an exclusive relationship. You can’t have the one without the other.

So, if you want to send off a series of ads for your new product launch, you’ll be displaying them on Facebook as well.

[Tweet “The Audience Network comes with a few conditions. Find out what they are.”]

How do I use the Audience Network?

But as you work through the process, you’ll notice something new.

This is what you’ll see in the last section of building an ad on Ads Manager – under “What text and links do you want to use?”

In Power Editor, you’ll see this at the bottom of your Ads screen under the “Creative” tab.

We’ll go over the entire process more thoroughly later, but here’s a general sense of what you’ll see when you continue building an Audience Network ad in Ads Manager. The particular ad type you’re looking at is a native ad. 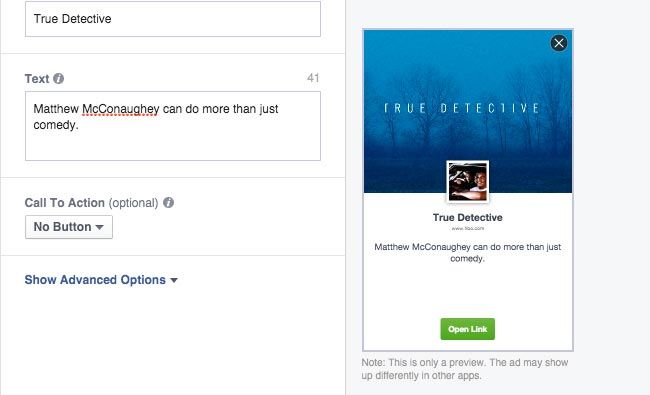 In the left column, just add your link, your title, and your text. In the right column, you’ll get previews of your mobile Audience Network ads.

[Tweet “You can build Audience Network ads in Ads Manager or Power Editor.”]

What does the Audience Network mean for our industry?

Good question. To begin, let’s think about why Facebook launched it in the first place.

Facebook has to balance user experience with advertising revenue. Showing users too many ads is discouraging.

With the Audience Network, Facebook can make more ad revenue without selling as many of its own ad slots. That means less frustrated users and more opportunities to make money. There’s simply more room for ad inventory, after all, when you open up the mobile app market.  Opening up the mobile app market has simply made more room for ad inventory- better for us, better for Facebook’s users, and better for Facebook.

Google’s AdMob and Yahoo’s flurry are involved in the mobile advertising space already. Facebook has been competing with Google directly in another market as well – a battle Google+ is losing – so fighting on another front makes sense. You have to keep your rival in check wherever you can, so I think we can expect Facebook to commit to the platform.

This means a lot to you as a mobile advertiser. You’ll always want to have ads on Facebook itself, of course, but you may want to consider branching out, too.

There are definitely mobile apps that are relevant to your market. And, inevitably, many of them will sign up for the Audience Network.

You know and love how precise and intuitive Facebook targeting already is on Facebook, so why not consider taking advantage of that targeting power off Facebook? Particularly when it gives you more reach, as you simply have more people to advertise to.

That said, we’d love to know what you think about all this.

We know the launch just happened, but if you were part of the initial trial – or if you’re a real go-getter and started this week – how do you like it? Do you think it will compete well against Google’s and Yahoo’s ad offerings?

Let us know in a comments below! 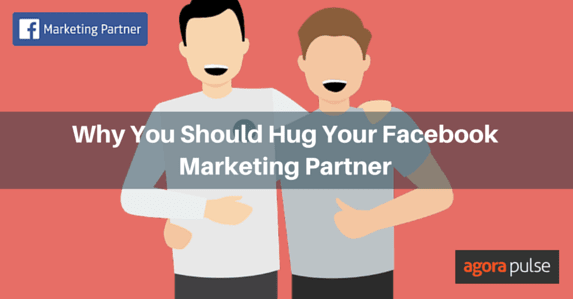 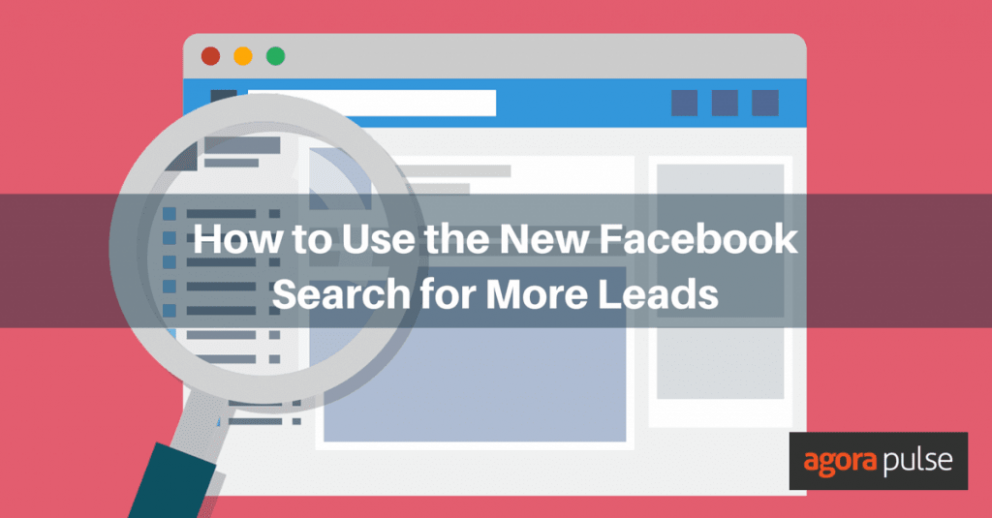 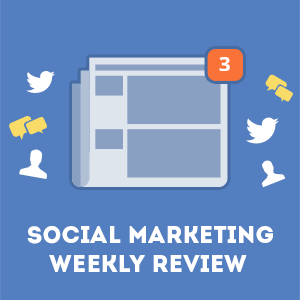