The History of Emoticons and EmojisWhere Should I Begin in Using Emojis on Twitter?

The History of Emoticons and EmojisWhere Should I Begin in Using Emojis on Twitter?

Emojis are now a language in their own right especially on social media. With social networks now leaning away from text based posts and instead favoring visual messages, the popularity of emojis is greater than ever.

In this article I’m going to show you how you can use emojis on Twitter to improve the engagement levels of your content.

The History of Emoticons and Emojis

First let’s clear up the confusion between emoticons and emojis. An emoji (meaning picture character in Japanese) represents ideas rather than just emotions. So an emoji can include pictures of planes, animals, business icons and much more. An emoticon is based on emotions for example, happy, sad or confused… just like Facebook Reactions. The first documented emoticon was in 1982 when Scott Fahlman decided it may be a “joke marker” on a message board for computer scientists at Carnegie Mellon University.

The emoji was then developed further in the late 1990s by Japanese communications firm NTT DoCoMo and things really took off. Social media networks were quick to embrace emojis. Last December, FiveThirtyEight  revealed that the “hearts” emoji was used in 342,475,410 tweets on Twitter!

Where Should I Begin in Using Emojis on Twitter?

The engagement of tweets with emojis versus tweets without is also worth noting for marketers. Larry Kim, founder and CTO of WordStream, recently explored the impact of emojis on Twitter engagement. He tested two ads: one with emojis and one without. The emoji version of the Tweet got a 25.4% higher engagement than the non-emoji Tweet!

With that statistic, you’ll want to get started with emojis on Twitter, huh? Well, first review my seven Do’s and Don’ts for successfully incorporating emojis into your Twitter strategy:

1. DO understand what the emoji characters mean before you use them! It’s a language where sentences can be created through icons alone so you need to be familiar with how to do this. Just as there are hashtag fails there are also emoji fails.

2. DON’T be cryptic and assume all your followers understand emoji sentences. Take a look at Chevrolet’s #ChevyGoesEmoji campaign… it certainly grabbed headlines but how many people got the message and how many just switched off? 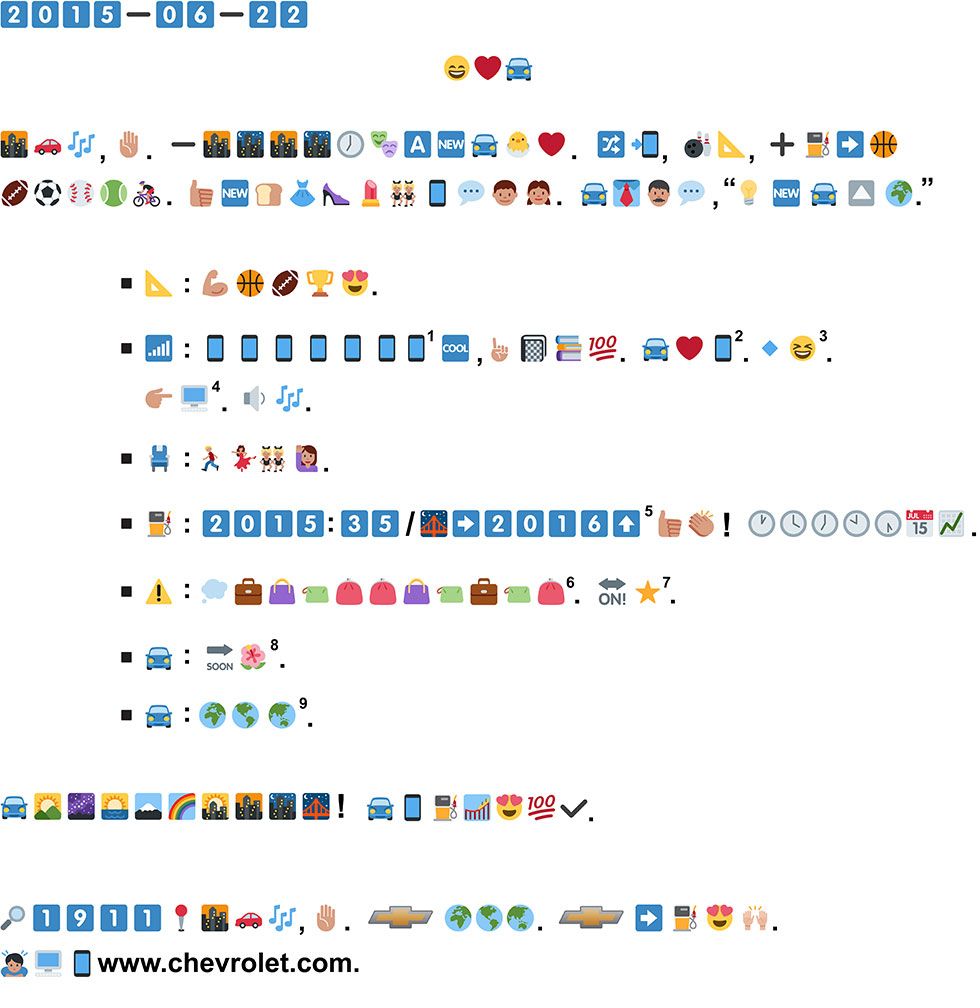 3. DO be brave like Goldman Sachs, who as a serious financial company still managed to incorporate relevant emojis into their social media marketing. Check out the engagement on this awesome tweet! 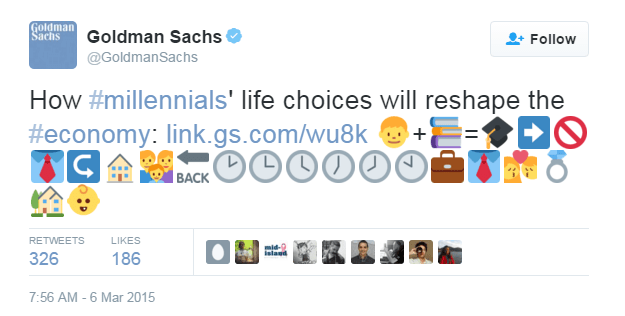 4. DO be obvious like Budweiser who tweeted a ton of sunshine, American flags and beer emojis to celebrate the 4th of July holiday. It was a clear message with no figuring out needed — and just look at the retweets! 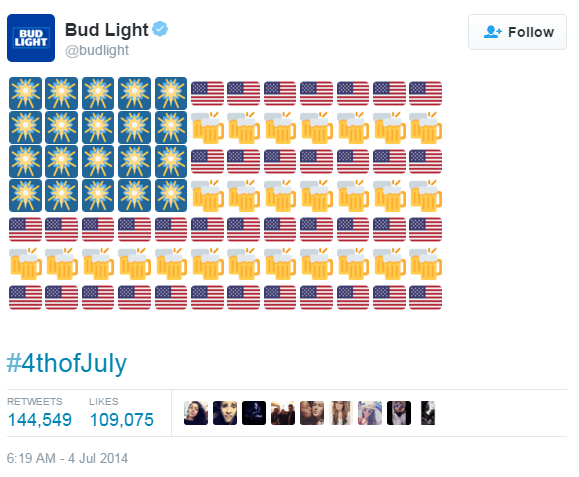 6. DO make emojis part of a campaign like US beverage brand Tampico. The company made up a social media game that required participants to guess a winning emoji combination out of 24 given options. The brand linked the emoji game with the campaign hashtag #TampicoEmojiball to increase engagement. Very cool!

7. DO try incorporating emojis into your business process like Domino’s who used the hashtag #EasyOrder with the pizza slice emoji to accept Twitter orders from customers. This is cool but be very sure you have the resources to manage a stunt like this if you do it. Also remember that customers might still use the hashtag in 5 years time! 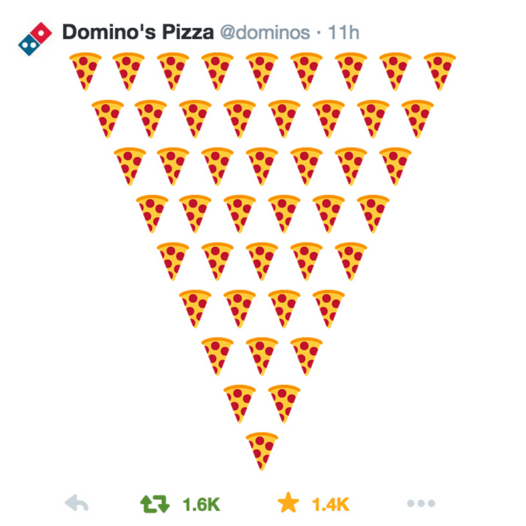 Still need convincing? So far in 2016, emoji usage in marketing messages has continued to increase by over 20% month to month!

Aaaand – Agorapulse now lets you add emojis to the posts you add to Twitter.

BTW, @agorapulse now lets you add emojis to your tweets and posts! ?☺? See?

Will you use emojis on your Twitter business page? Let us know in the comments!