With so many so-called social media gurus out there, it’s hard for mere mortals not to have “imposter syndrome.”

Should we be trusted with others’ social media accounts? Should call ourselves an expert on our Website if we’re not perfect?

The truth is, even the most experienced social media managers have made at least one gigantic mistake in their careers. Here are seven professionals with their tales to back me up. 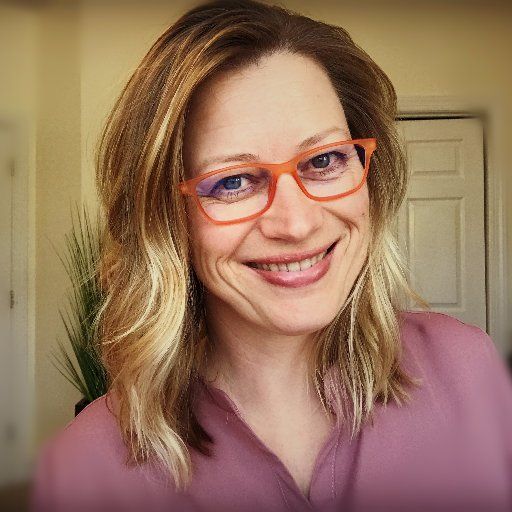 A few years back I met a prospective client whose budget for managing Facebook only allowed for management, not for advertising.

At the intake meeting I addressed this concern, as well as the fact that there was barely any content on their website so there was very little content for me to use.

Despite this, they offered me my going management rate, and I accepted the six month project. To date, this has been my biggest fail.

I got no traction; no engagement and no new likes on the Facebook page. I didn’t have a budget to create video content or run ad campaigns or even run a contest.

Then I did something I am not proud of. As a last-ditch effort in the last two months, I took a portion of my fee to run a few ads to see if throwing a bit of money would in the end make a difference. It didn’t.

To off-set and justify me taking money out of my own pocket, all posts in those last two months were recycled posts from the previous months. The Facebook page was a fail and so was working with this client. This experience served as a lesson to me to go with my gut to not take on clients who ‘want it all’ but aren’t willing to spend the money to get there. 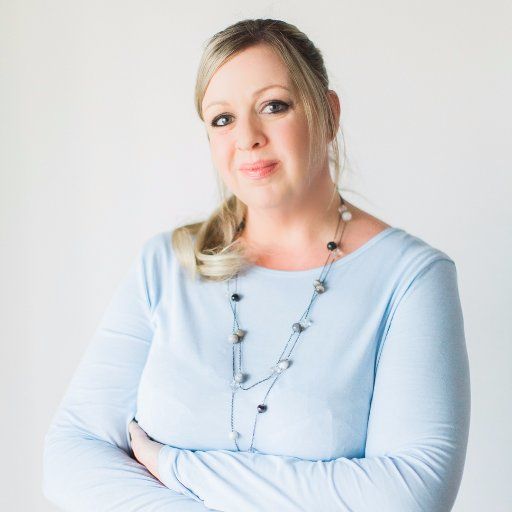 Back in 2010, I was fairly new to social media management and was in charge of a financial services page with a high international fan count but low engagement.

I decided that I would run a social media contest to increase likes, shares, and overall engagement. Back then, I wasn’t really aware of the need to use page apps to run contests. Contest apps are an absolute must, not only for legally collecting data, but also for regulating entries and ensuring that users adhere to the terms and conditions of your contest. I had no idea.

So my contest was as follows. “Take a great photo of you holding the company logo and the one with the most likes will win” (another Facebook page violation). The idea was to show fans around the world and the prize was a top of the range Canon camera. Of course, the fans started submitting photos to the page and at the beginning it was great. Beautiful photos of India, Italy, Australia, all with our company logo.

I was pretty pleased with myself.

But then, I noticed that some of the photos were getting an insane amount of likes. If the average on each photo was 50, these were getting 10,000. I realized that they were using bots to bump up their likes to win the prize.

With no way to control the number of votes or entries, or any way to prove that the rules had been broken (because I hadn’t written any), I sat helplessly watching as some of the least inspiring photos gained thousands of likes.

When the time came to announce the winner, the photo was an obviously photoshopped background of the leaning Tower of Pisa with a little guy from Indonesia holding our logo. It was a poor quality and obviously tampered with image. I announced him as the winner and then spent the net week receiving furious messages from the other genuine participants who accused him of faking the photo likes and our brand of not properly controlling the contest.

To make matters worse (again no terms and conditions) the winner then went on to demand a camera with a much higher value than the company wanted to give. Our company lawyers eventually concluded that as we had simply specified a “top of the range” camera, and not written a maximum value, we had to give it to him. Therefore the prize cost 3,000 Euros more than it should have done.

It was a huge lesson for me. ALWAYS use page apps for contests. Plan every single detail and make sure your terms and conditions are signed off by legal!

Related Post: Is Crossposting on Social Media a Bad Practice? 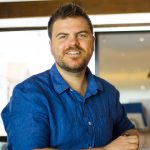 I managed the social accounts for a large professional sports team with hundreds of thousands of followers across all social media channels. Sports an emotional industry and sometimes you can get lost in the support of the team’s fans and the action on field. There was a lot of feedback about the quality of commentary and I sent the following tweet with a comment about one of the commentators in particular.

Thanks to the 16,828 fans that turned up tonight and didn’t have to listen to Tim Gilbert commentate. Worth the ticket price #purplepride

Understandably, there were mixed reactions. The fans of the team (and the primary audience) understood the humor of it and supported the tweet. Others in the media were very critical, labeling it unprofessional and came to the commentator’s support.

In hindsight, I certainly got caught up in the emotion of it all a bit much. It was a spur of the moment decision that I should have asked others in my team if they thought it was appropriate, they would have advised otherwise.

I spoke to the commentator in person, apologized and followed up afterwards. We all moved on and learned from it, but it wasn’t one of my finest memories managing social media. 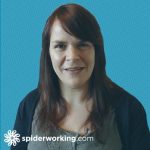 I made a lot of mistakes when I started blogging. I used to write terrible headlines, I wasn’t thinking about the importance of getting people to read, I just assumed they would come.

My first blog covered environmental issues and one classic headline was “Water Labeling.” I spent ages writing the post but I’m pretty sure few people read it. I’m always working at writing better headlines, each time I do I see the payback in traffic. 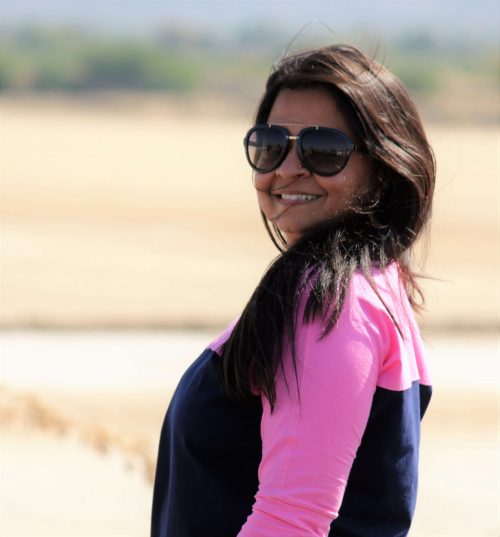 In one of my previous firms, I was juggling several responsibilities in social media marketing and SEO. As a part of an in-house project back then, we forgot to set the end-date of our Facebook ad campaign. Thankfully, this got us more attention, leads, and everything in between.

I quickly learned how to use automated rules in the Facebook Ads Manager. All I have to do is enter my maximum spending amount. This gives me more control of the ad budget even if I forget to set the end date again! 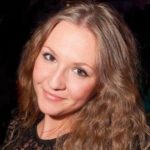 Perhaps our biggest social media fail happened during a Facebook Live broadcast. Our Live featured a well-staged video, a part of which had been recorded in advance, to be operated with a special broadcasting software.

Everyone was excited and also a bit nervous preparing for the Live. During the Live, a social media team member pressed the wrong button and… cut the video almost a minute too early.

There was no option to resume the video.

The first thing we did was to quickly address the questions we started receiving in the comments from the viewers. I think it was the prompt reaction of our social media team that helped de-escalate the possible disappointment of our followers.

Later on, we sent an email explaining the situation and offering an incentive as a “We Care” token. 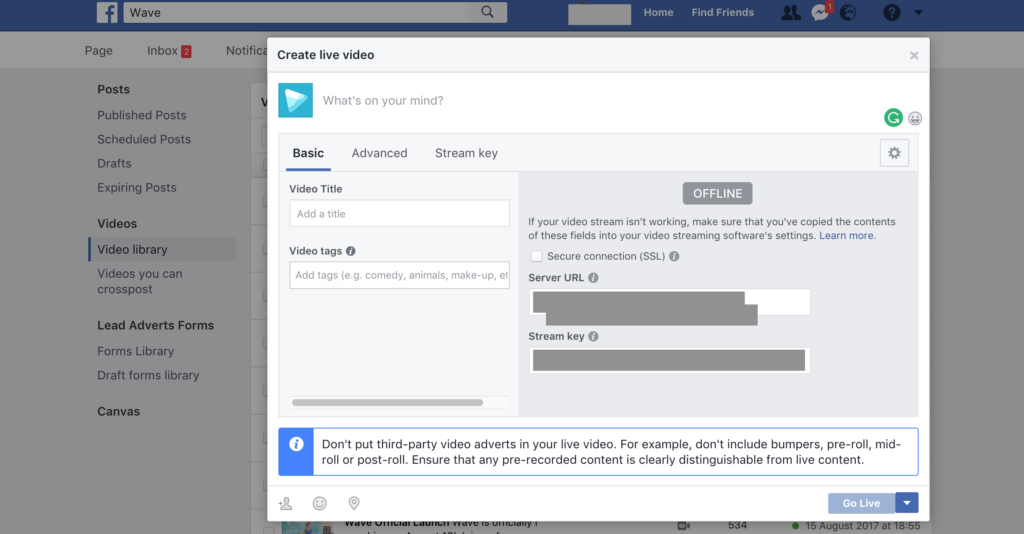 Our followers are a very loyal and understanding audience and we had almost no negative effect caused by the incident. We learnt this lesson and were fully prepared for the next Live. So to fail-proof your social media initiatives, I would advise to be especially careful with new technologies, keep anxiety under control, and always have a backup plan. 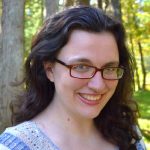 One of my clients is a real estate agent, so I try to make the content interesting by posting local goings-on, news, and events.

To simplify that process, I have a Google Alert set up for the city and state that she is located in. One day while going through my email, I was excited to see an Alert post about a famous celebrity who broke down and was taken out to lunch and helped by some local guys with a pickup truck.

This is perfect, I thought! A recognizable name, and a fun story that happened right in her area! It didn’t mention the name of the restaurant, but it did mention a street name, so I thought I could get some great engagement by asking people to guess which local treasure they stopped to eat.

Then it all fell apart.

I was so excited about the article, I told my husband about it. “I am pretty sure that is a scam dear,” was his response. He had heard the same story with a different celebrity for his hometown. Sure enough, I did a Google search of the longer text, and it was an oft-repeated urban legend. Despite being from a reputable looking website, I had been bamboozled.

Don’t get me wrong. I got engagement — just not the kind I anticipated. With several people within minutes telling me it was a scam, providing links to Snopes, and one share by someone as excited about the story as I was. And so the cycle of misinformation continues.

Needless to say, not a finer moment. I hid it from the timeline and thanked the helpful citizens who pointed out my mistake.

Lesson learned? ALWAYS check sources on factual stuff. I should have known better when it wasn’t one of the handful of local news media outlets that I recognize the names of. Now, I am sure to only post news stories from a brand I know and trust, or do a little more digging into the who and what of the origin.

What social media fail are you most embarrassed about? Share your sad tale in the comments!