So what is Twitter etiquette and how do you avoid an etiquette faux pas?

Beyond Twitter’s Terms of Service there are no official guidelines for using this social media platform. With over 316 million active users, you can be sure that everyone is using Twitter differently.

So let’s lay down some ground rules.

Whether you’re representing a big brand or yourself on Twitter, there are five things you need to stop doing right now. Let’s take a look at what they are.

Did you know that 53% of users who tweet a brand expect a response in 1 hour? If your brand is on Twitter, then you need to take that statistic seriously.

British Airways learned this lesson in 2013 after a customer spent $1,000 to promote a tweet slamming the airline on Twitter. The tweet, sent by a frustrated Hasan Syed whose luggage had been lost by BA, was seen by nearly 77,000 users.

TAKEAWAY– If your brand is on Twitter, you need to respond promptly to customers. View Twitter as an extension of your live chat facility and allocate the appropriate staffing.

Firstly, hashtags in tweets are awesome and usually receive around more retweets, but hashtag abuse needs to stop! #Dont #Use #Too #Many #Hashtags #In #Your #Tweets – need I say more?

More than 3 can make you look like a spammer and give the illusion that you are an amateur. In fact, research shows that when you use more than 3 hashtags in a tweet, engagement actually drops by 17%.

Far worse is the misuse of trending hashtags by brands who have not taken 10 seconds to research them before throwing them into a tweet. It’s pure laziness and 100% avoidable.

Take this classic Twitter faux pas by DiGiorno pizza who used a hashtag about domestic violence to sell pizza. Whether you do it accidentally or on purpose… Don’t! 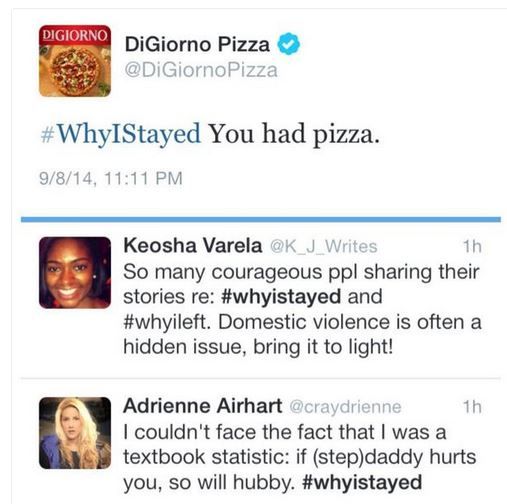 The DiGiorno Pizza hashtag was an accident but there have been many cases of brands abusing hashtags to sell products. It never works out well.

TAKEAWAY- Understand trending hashtags before you use them and stick to 3 or fewer per tweet.

40% of all social media accounts in circulation are spam and 8% of all tweets are spam too!  But when it comes to Twitter Etiquette… what is spam? Whilst Twitter spam includes the obvious like unsolicited sales messages, it can also include unintentional spam. This includes: 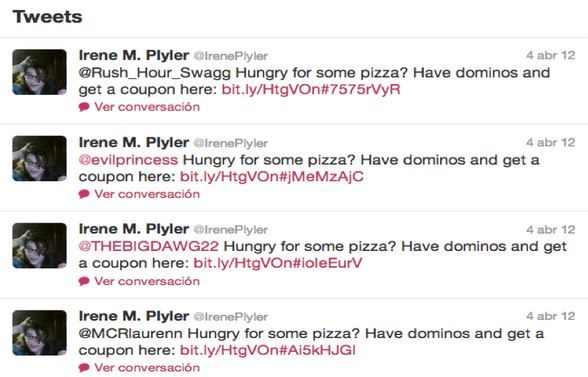 Spammers usually don’t build followers or generate genuine conversations and ultimately end up blocked. Don’t be one of them. Focus on building relationships as opposed to promoting yourself.

TAKEAWAY– Before you send that tweet ask yourself: Am I adding value and building relationships on Twitter? If the answer is no, then stop yourself.

By the way, Agorapulse has moderation rules that can prevent the “thanks for following” spam from ever hitting your inbox.

(Want to give these moderation rules a try? Sign up for a free trial of Agorapulse today!)

The reason I say “excessively” is because Twitter is a social networking tool — a certain amount of self-promotion is acceptable. However, excessively promoting your work all the live long day will get you unfollowed faster than you can say “Check out my blog”!

I recently experienced the real life version of this as I was seated next to a self-promoter at the dinner party.

“Have you read my blog?”

“I recently won an award”

By the time dessert came, I had switched seats to talk to someone more interesting… get the point? Take the time to read other people’s content, retweet it and reply to their tweets without talking about yourself.

TAKEAWAY Try my 80/20 rule and spend 80% of your time interacting and just 20% promoting. This means that for every 2 self-promotions you need to interact or retweet 8 more.

Recent oversharing I have seen included the live tweeting of a birth including contractions, placenta, toilet breaks and finally baby complete with photo. Remember that every single one of your followers can see your updates… did you really want to share all that information with them? How about with potential employers, 51% of whom will check out your social feeds before interviewing you?

Other examples of oversharing include:

TAKEAWAY – You don’t have to share everything. Less is most definitely more.

Other Points of Courtesy:

What Twitter etiquette do you play by?  Let us know!