Like most things in life, Facebook only rewards effort so much. To do something meaningful – to really accomplish something – you have to do more than just put in your time.

Sadly, too many social marketers lose sight of this. They publish and tweet once a day, but their posts and tweets aren’t relevant or engaging. They’re read – if that – and passed over.

No likes, no re-tweets. No return on their social marketing investment.

You can do better. And it’s not hard.

They still perform well, too. And, though your posting strategy has to be specific to your business objectives – meeting them is why you’re on Facebook, after all – we’d be lying if we said there aren’t a few shortcuts.

So, let’s get you some hard results.

We’ll start by looking back.

We all have a few good memories. And we respond positively when we’re reminded of them. That’s why invoking nostalgia is marketing that really works.

If you were a child of the ’90s, you probably remember the Power Rangers. It may have even been the highlight of your Saturday mornings. And though the show is still on air, it’s changed a bit. It’s not entirely the series you watched. The one you know – the best one, of course.

So, when a short clip of an old character was uploaded to the Power Rangers Facebook page, it attracted a lot of interest. Likes, comments, and shares.

You can do the same thing. If your product has an earlier iteration, bring it up. If you can relate something you’re currently doing to another thing from the past – something that would be remembered fondly or had some emotional power at the time – absolutely consider doing it. It’s a very reliable way to generate Facebook engagement.

[Tweet “Make sure you’re relevant when you use nostalgia in your posts. It’ll resonate more.”]

You can only do so much by just saying something. Once you ask your fans to respond, you’ll notice they will.

Asking your fans to tag their friends is a particularly inviting way to do this. It taps into the social nature of Facebook, which is why people are there in the first place. Moreover, it also gets your post more visibility, which is always a good thing.

Be funny if you can. This post by a local radio station did just that, posting a video – another good tactic! – of a hapless driver trying to get out of a parking spot. Then, it asked everybody to tag somebody they know who drives like that. The response – shares and likes – were in the hundreds of thousands. 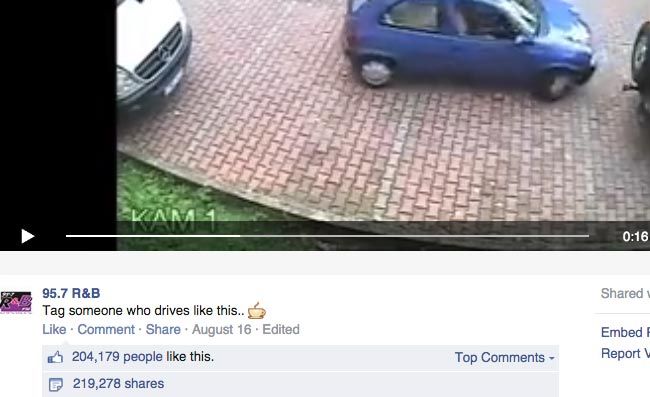 It’s hard to resist giving your friends a good ribbing.

[Tweet “Asking your fans to tag a friend is an easy, effective way to drive impressions.”]

You can do more than ask your fans to tag somebody, of course. You can always ask them a question.

We’re naturally disposed to answering them. They’re more direct than a statement – they actively involve us.

They’re also a good way to start a conversation.

Just be sure to be relevant. The conversation should align with your brand.

The Next Web, which revolves around the digital industry, asked about a tech start-up called Aereo.

It’s not hard to relate the two. The Next Web had covered the company before, and their fans had a strong professional and personal interest in it.

Even better, the question was expansive. It went beyond Aereo and into the industry at large, which The Next Web just happens to make a profit writing about. 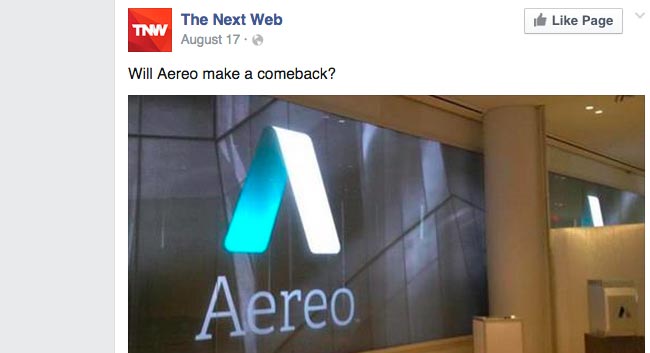 Ask your fans relevant questions to engage them on subjects they’re already interested in.

[Tweet “Don’t say something. Ask something. Invite your fans into the conversation.”]

This one isn’t as widely taken advantage of as it should be. On Facebook, you’ll encounter considerably more questions than challenges, so it’s a good opportunity to invest in.

You want to engage your fans. You want them to like and comment and share. And provoking their pride a bit is an easy way to do that.  You’re building a relationship here as they attempt to meet your challenge or even dispute it.

Kitchn did just that with a post on caramel corn, and it inspired quite a few comments about fall foods – which is something the brand was working to publicize.

This post will contribute to even more posts throughout the fall season. It has future value. 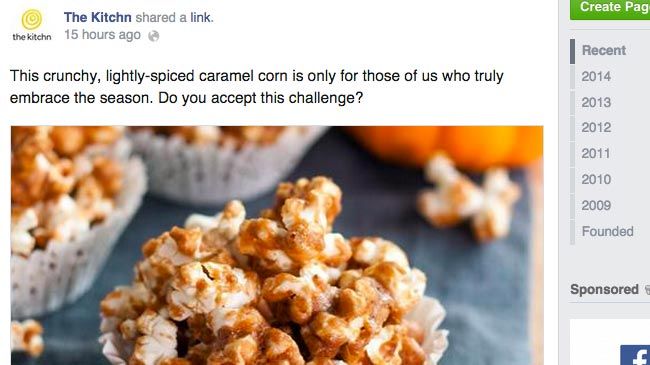 Challenge your fans for higher engagement.

[Tweet “Good-spirited challenges draw fans in and involve them with your brand.”]

Do you already use these tactics? Which ones do you believe work the best, and do you think it’s because of the industry you’re in that they do?

Let us know by commenting below!