Is Facebook Boost a Waste of Money? Or is Ads Manager Better?

Facebook ads are a necessity for most businesses wanting to sell products or promote their brand on Facebook. But for many business owners learning how to navigate Facebook’s Ads manager can be difficult.

That is why Facebook added the “Boost” button years ago.

Before we dive into how we tested it, let’s clarify what the Facebook boost button is.

Almost every post you make to your Facebook business page can be boosted; the exception is scheduled Live video shows.

On those post where boosting is an option, you’ll see the Boost button:

After you click on the “Boost Post” button, you are given options to set up your boost:

In the past, the argument against the boost option was the lack of control, That’s not the case today (even if it’s not as advanced as Facebook Ads Manager).

From the very beginning, however, Facebook marketers and experts have had strong opinions about the Facebook boost option for various reasons.

“You know the Boost button. Facebook throws it at you every time you drop a post on your Facebook page. It’s enticing. Facebook has actually done a good job of improving it. But, it’s not sufficient. It’s fine as an “easy button” for beginners. That’s all it’s meant to be. Because you’re missing so many features, so much functionality, and so many options behind the Ads Manager curtain.” —Jon Loomer

Dennis Yu was once a major Facebook boost hater, but he has made a complete 180 the last few years: “I was at a conference where the keynote speaker droned on about how we should all be boosting posts. I’d call her a quack for this tip.”

But now Dennis says: “Boosted posts work in unsexy areas like B2B, small biz, entrepreneurs, freelancers who have no money, consultants, and all these people who feel like, ‘I don’t have the budget or the audience or the tools, or it’s just me.’ “

“I call [boosting] the training wheels of Facebook advertising. So it’s a great place to start. But if you’ve been using those training wheels and you’ve been boosting every post for a year now or your boost every single post on your page, then we’ve got a little bit of work to do.” —Amanda Robinson

I wrote about the Facebook boost option years ago and how a $20 boost resulted in $2,400 in sales for my small business! So I’m obviously a big fan of the feature.

The Facebook boost button gets a bad rap, so I wanted to test against running ads inside Facebook Ads Manager to see which one performed better.

Based on my observations and usage of the Facebook boost button, I made the following hypothesis: 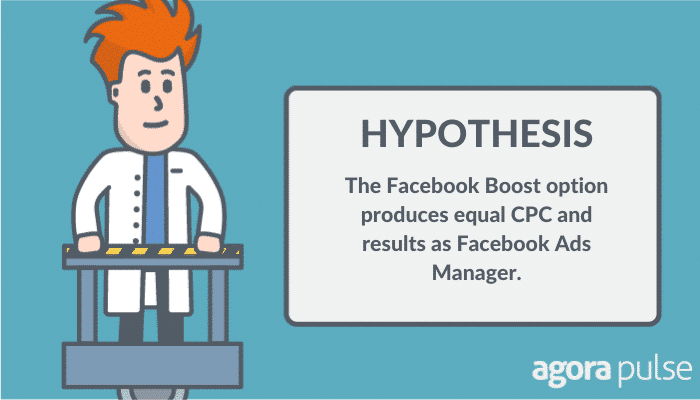 For this test, we ran a combination of two boosted posts and two ads through Ads Manager using two different links. 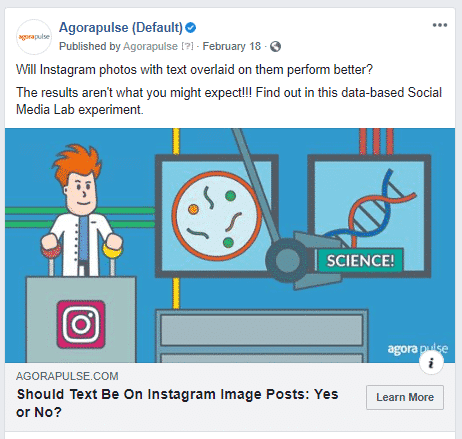 The ads placed in Facebook Ads Manager for the same links are: 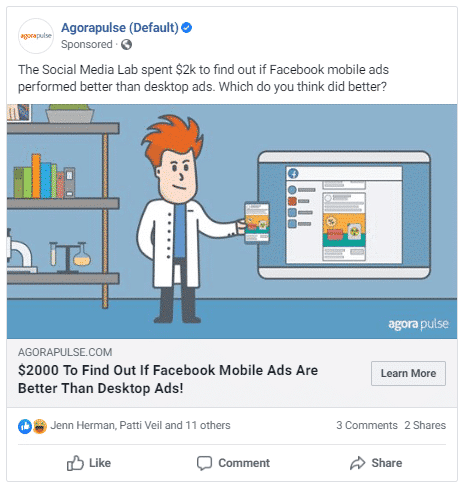 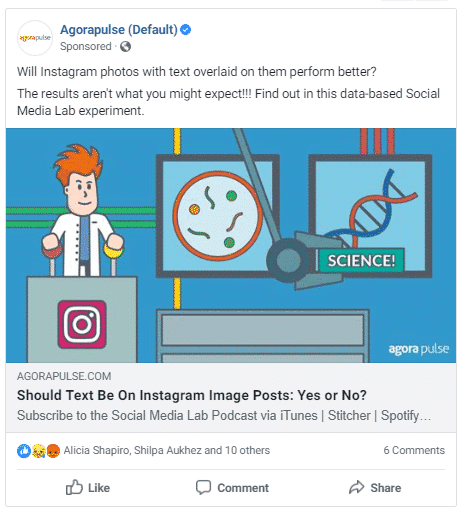 The text was exactly the same on the boosted posts and the ads through Ads Manager. This was intentional to ensure our ad copy didn’t skew the results.

The ad spend was as such for each link:

For all ad sets, we targeted:

In addition to targeting based on language and location, we targeted all the ads based on certain interests (meaning the Facebook users engage or follow these pages):

Where the ads were placed is the tricky part of this experiment.

For the ads placed via Ads Manager, we restricted to the Facebook news feed on desktop only.

The boosted posts had the automatic placement turned on by default and weren’t changed. I didn’t notice it when starting the boost, and we couldn’t place the ads just on Facebook desktop news feed anyway.

When we turn off automatic placements, we aren’t given options to drill down within Facebook:

We could have turned off placements for Messenger ads and Instagram ads. Unfortunately, we didn’t.

For the ads placed via Facebook Ads Manager, we have more control and only selected the Facebook news feed for desktops: 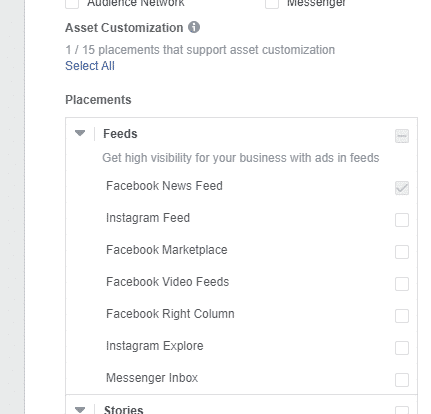 That could impact our results as desktop ads tend to be more expensive, as we found in our previous study comparing mobile to desktop ads.

Our data will let us know whether this is true.

To evaluate the results of this test, we’ll breakdown the total clicks and Reach of each category as well as the average CPC.

The focus of our experiment was the lowest CPC possible, and Facebook Ads Manager wins based on this.

Our CPC was lower for the Ads Manager ads even with this difference.

Based on the Social Media Lab results, we advise placing ads via the Ads Manager to ensure more control and obtain a lower CPC.

However, the Boost option is a handy and quick way to run an ad for a post already on your business page and that will remain on the page.

If you’re just starting out, the Boost option is simple and easy to use. However, once you’re starting to scale up your ad spend, you’ll want to move to the Ads Manager.

Also keep in mind the amount of your ad budget. If you’re only spending $10 to get some engagement and clicks on a link, the Boost button might be the easier and faster option for your business.

I mentioned earlier the mobile placement of the ads versus desktop for our ads on Facebook via the Facebook Ads Manager. We were curious how much of a difference there was.

We ran an additional ad placed only on the mobile news feed using Ads Manager.

There was a major difference:

Had we ran the ad via Ads Manager to all possible placements, our results would have been even lower compared to the Boost button.

Again, the Boost button is a great option now and then, or if your budget is very low. But if you’re serious about your marketing and saving money, you’ll want to start learning how to use Facebook Ads Manager.