TweetDeck may look enticing on its surface—but you don’t get a lot of analytics or insights that can help optimize your social media marketing campaigns. Check out these TweetDeck alternatives to see what might work best for you instead.

Maybe it’s time to consider some TweetDeck alternatives for your business.

Here’s a deep dive into some of the contenders and reasons why you may want to consider them. 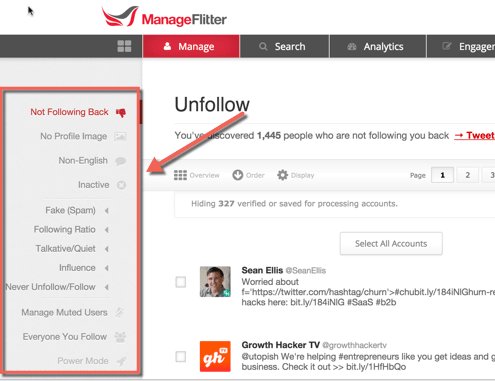 ManageFlitter offers you much more than multiple account management; it also offers you access to some of the meatier analytics available.

Additional features not included on TweetDeck are “Unfollow,” which will immediately show you the people who you’ve followed who don’t follow you back.

ManageFlitter is certainly a useful Twitter management tool for brands with multiple channels and those looking for better analytics, something TweetDeck never really provided.

However, this tool doesn’t come cheap and for a social media manager like myself, with 10 + accounts, it all adds up When you consider that’s just for Twitter, it’s a significant expense.

People are using Tweepi because it’s a neat little tool that cuts down on your management time while also giving you a little extra in the way of functionality.

Tweepi offers a one-screen dashboard with up to 200 users displayed on each page (platinum solution). Tweepi has a remote account management option, which allows busy users to be more automated with their follows whilst also providing useful follower data.

This is a great tool to clean up your Twitter account and get rid of irrelevant or inactive users. It also provides heaps of insightful Twitter stats to understand the social value of your followers and your overall productivity.

BUT Tweepi only links to one Twitter account and not multiple ones like TweetDeck. Therefore, it’s great for a big brand looking to gain additional functionality but not a good option for agencies. Prices start from $12.99 per month.

Agorapulse is a real and affordable alternative to TweetDeck with some cheeky added extras thrown in. (Full disclosure: This is the blog for Agorapulse. But you already know that!)

With the ability to easily manage multiple accounts, including Twitter, Facebook, LinkedIn, and Instagram, Agorapulse doesn’t stop there. With a Chrome extension, mobile app and desktop view, this is a management system for busy people on the go. With features such as scheduling, monitoring, bulk uploading and reporting all rolled in, your social spend really goes a long way by eliminating the need for a second toolbox. 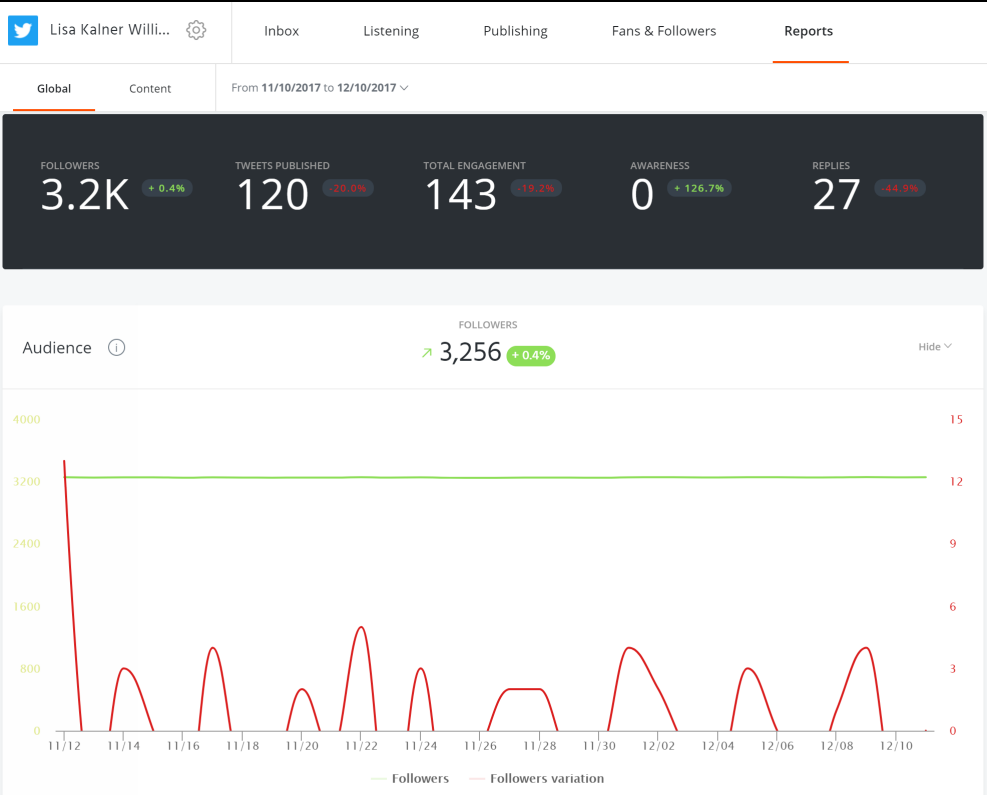 When it comes to Twitter, Agorapulse enables you to carry out a full range of activities such as review, retweet, reply, schedule, requeue and send direct messages all from one dashboard.

This makes it super easy to flick between accounts which could all be Twitter or a pic n’ mix of all your social media profiles.

Agorapulse even has some features that many tools don’t offer (including TweetDeck!) like publish categories and bulk Tweet uploads. This allows you to create a CSV file with all your tweets (even multiple versions of the same tweet to A/B test copy and images!) and then schedule, or add to custom publishing queues. These queues can have individual rules created for how often you want the tweets within pushed out. Total gamechanger for evergreen and campaign Twitter content! 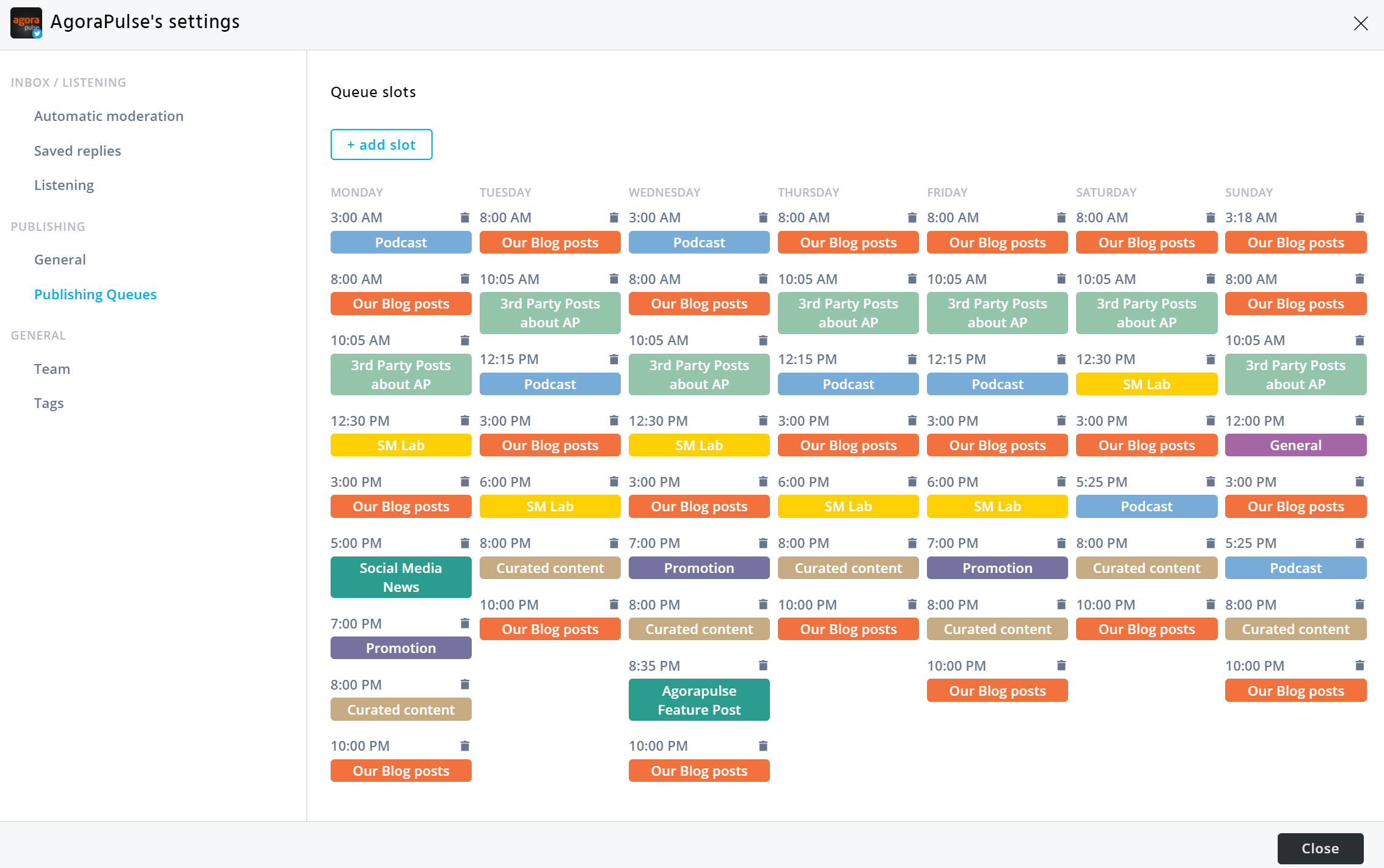 With pricing starting from $49 per month for 3 profiles and the ability to add extra accounts for just $15, this is a great option for companies needing fully functional, scalable solutions. 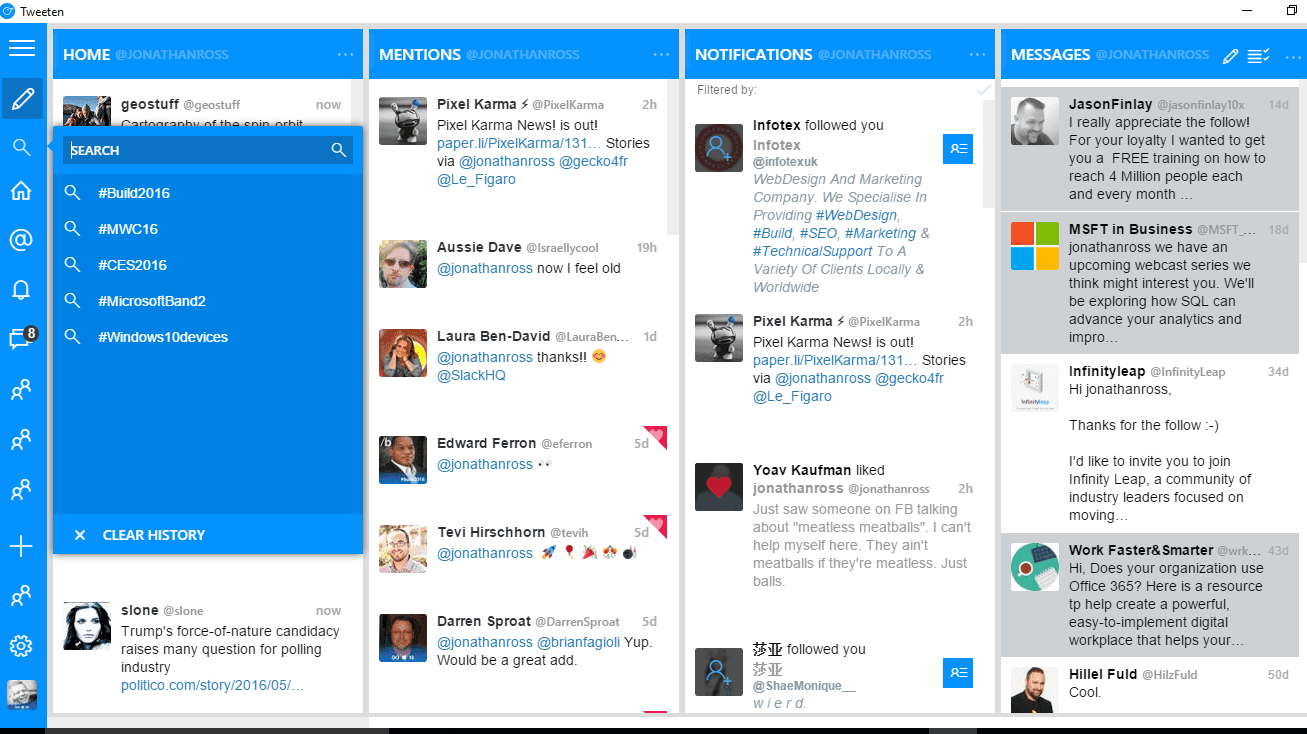 Developed by @mehedih_ and @gus33000, Tweeten is basically TweetDeck after a spot of technical Botox! Available on Chrome, Windows, OS X, Linux, Chrome, Edge, and Firefox, this is a nice little platform that picks up where TweetDeck left off. In fact, some say Tweeten is better as it was built with Electron. Electron was initially designed for GitHub’s Atom Editor but since has experienced massive adoption by Slack, Microsoft, Facebook and many others.

If you’re a diehard TweetDeck fan and you are simply looking for a backup option in case something happens to TweetDeck then this is it. Tweeten is free, very similar in appearance and perhaps even a bit slicker than TweetDeck. It won’t monitor or analyze your fans but it will let you manage multiple accounts.

What About Mobile TweetDeck Alternatives?

Do you like to manage your Twitter accounts on the go? Since TweetDeck stopped its mobile apps back in 2013 and its Windows App ceased functioning on April 15, 2016, Android and iPhone users have been left with the web desktop version of the program. For hardcore social media managers, this certainly left a gap in the market for a new app to replace it. Let’s take a look at the best of the bunch for mobile. 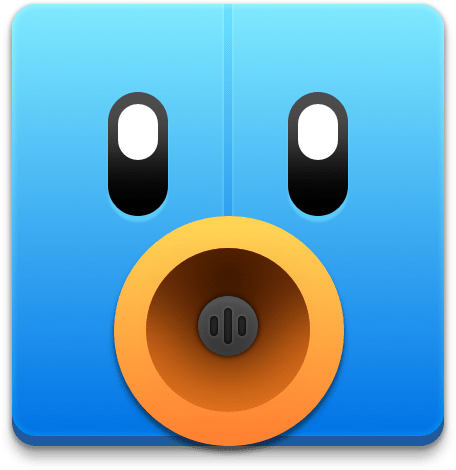 Tweetbot is a Twitter management tool for the Mac, iPhone and iPad. It can help you manage multiple accounts and lists and with its iCloud capabilities you can certainly expect more. However, at $19.99 per month on the Mac App Store it is a pretty pricey choice for a mobile only app. Personally, I would prefer to pay a licence for a desktop which also includes an app. 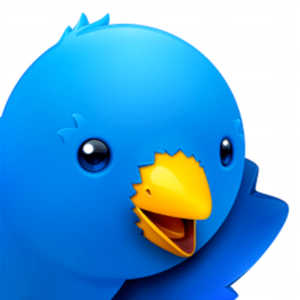 A more reasonably priced option for the Mac, iPhone and iPad. It’s $4.99 is Twitterific. (Note: it’s sadly not available for we Android users!) As a cool added extra though, it is available for your Apple watch so you can manage, filter, and tweet like James Bond. 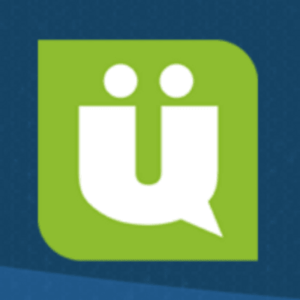 Previously known as Twidroyd, UberSocial a great option for BlackBerry users looking for TweetDeck alternatives. It now also incorporates  iPhone and Android and features multiple account management, posting to Facebook, muting users and searching for tweets. The basic version is free, with a pro upgrade available for $4.99.

Get started on saving time and energy on your own social media management!

Check out our free trial of Agorapulse to help you schedule, track, and measure all your social media efforts.