Some brands still believe the common misperception that social media is a zero-sum game regarding platforms: If audiences are embracing one platform, then it must mean that they are rejecting another.

That misconception comes in part from how social is covered. Often in analyses, we see different social networks pitted against each other, with some ascendant and some in decline. For example, in its annual overview of US audience behavior, the Pew Research Center led its report with a chart showing that Facebook and YouTube tower above their peers in terms of usage (73% and 69% of US adults say they use each, respectively), and that Instagram is slowly but surely catching up. 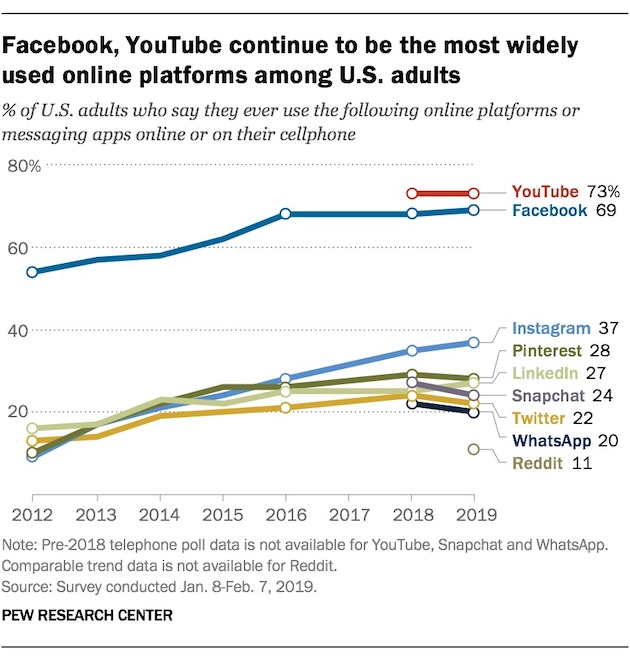 Though this information is valuable, it doesn’t fully convey an important fact about social media: Audiences are increasingly embracing multiple social networks, not necessarily rejecting some platforms for others.

This can be seen in a chart that comes later in the Pew report: More than half of Facebook, Instagram, Snapchat, and YouTube users say they visit each platform at least once a day. In other words, most people are consistently engaging on more than one platform. 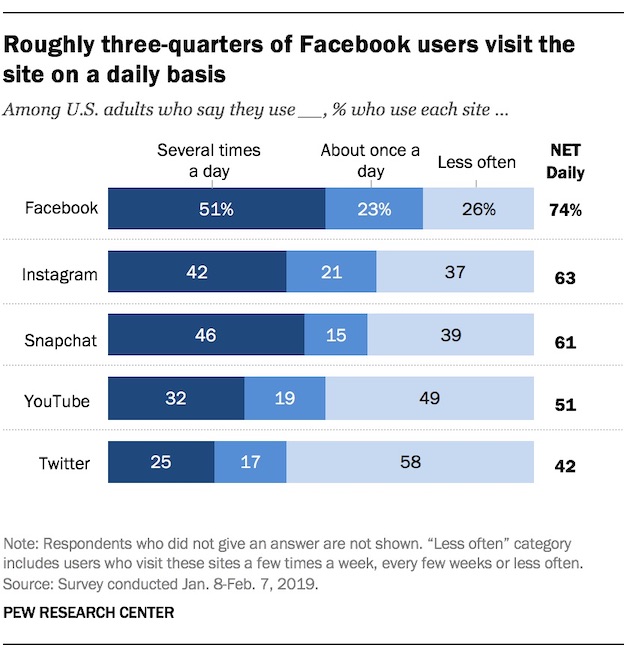 The shift towards audiences embracing multiple networks can be seen even more clearly in a survey of 450 social media users conducted by GoodFirms.

The researchers found that nearly all of the respondents (99%) say they access not just one or two, but at least four platforms daily (networks such as Facebook Messenger and Skype were included in this number). 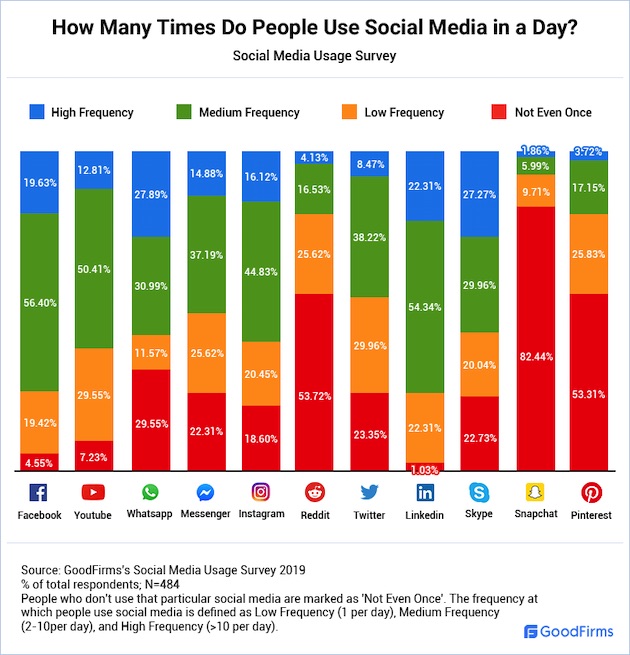 An important thing to note is that frequency varies widely among networks.

Still, the overall trend is that most social media users are increasingly embracing multiple platforms.

How is this possible? With a finite amount of time in the day, why isn’t there more cannibalization among platforms?

The key is that networks aren’t only competing among themselves, they’re also competing with other forms of media, including traditional channels, such as television, radio, and print.

And the good news for social networks is that there’s been a huge shift towards more time spent on the Internet: An eMarketer analysis found that Americans now spend 6.5 hours each day with digital media, compared with 3.5 hours for television. 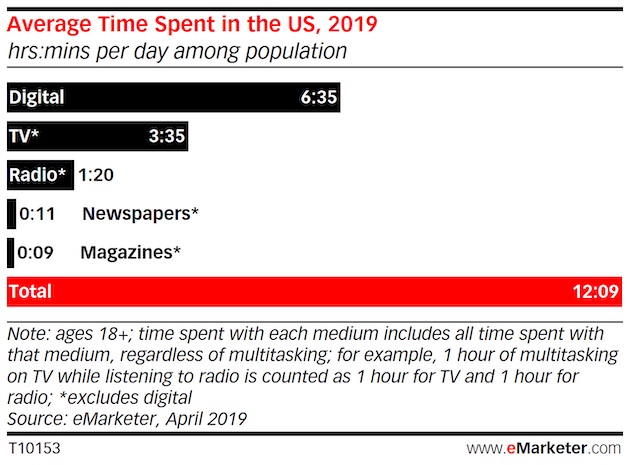 Put simply: People are spending more and more time online, and so there’s enough attention available for many networks.

Of course, this doesn’t mean that all platforms will thrive indefinitely. The shift from traditional media to digital will eventually stabilize, existing social networks will borrow features from each other, new entrants will come to market, and audience behaviors will evolve. The field is by no means stable or set.

Still, the idea that people currently use multiple networks and will likely to continue to use multiple social networks in the future is a key one.

For brands and social media managers looking to reach audiences, remember that focusing on just one network is not a path to success. Social media users are engaging across multiple social networks and so you should, too. 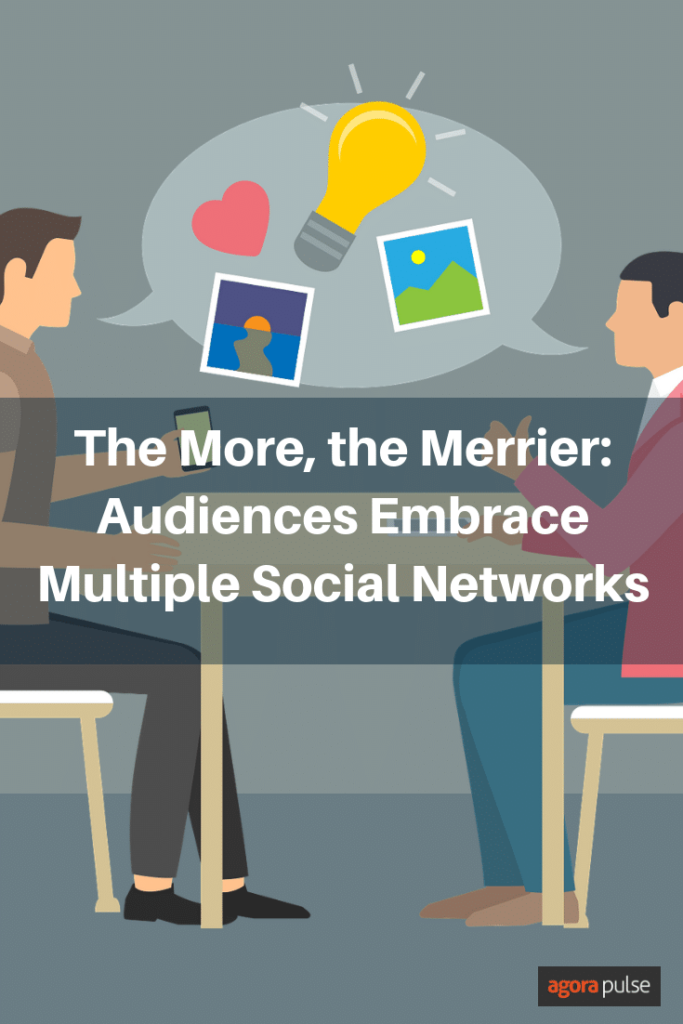