Want to know how to use live streaming platforms Facebook Live or Periscope to grow your business?

In this article, you’ll discover the contrasts of the Facebook Live v. Periscope match up and what these pros and cons might mean for your business.

Periscope is one of the fastest growing social networks these days. Since its launch in March 2015, it has already hit over 30 million users. 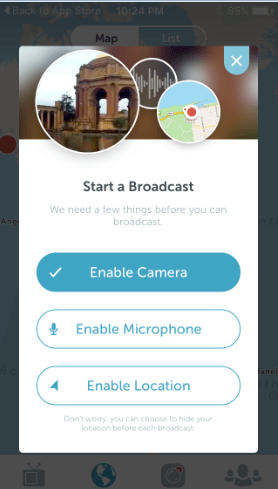 I recently interviewed Lucy Hall and Sue B Zimmerman who use live streaming to market their business with a lot of success. In addition, I also jumped into numerous broadcasts with Alex Pettit and Zack Spuckler two Periscope ninjas who are standing out on the platform and I learned a whole lot about live streaming for business.

I’m excited to share my findings with you here.

Lucy Hall, is a social media trainer and founder of Social Day UK. She jumped right into Periscope soon after its launch. She said she found it very interactive compared to other social media platforms. Lucy has since used Periscope consistently to give value to her audience and her email list has “exploded” in the process.

“Periscope is a great way to build relationships, as you ask people to take action. For example, I run Social Day here in London and in last November I had 200 people, and all the people who came to the event came from Periscope,” Lucy remarked.

Here are some insights about using Periscope that she shared:

You can get more tips here from Lucy Hall for tools to use for a top quality Periscope.

Alex Pettit likes to share tips and tricks on how to make money using Periscope, as well as teaching about new gadgets related to the app.

Here are his suggestions when using Periscope: 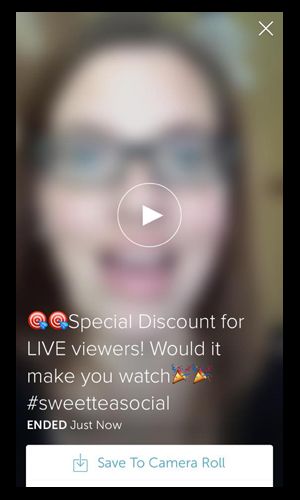 @HeatherHeuman is one of our favorite people to watch on Periscope

Sue B Zimmerman uses Periscope not only to grow her email list but also to make sales. “I saw that the power of standing out in today’s digital space was all about video and I adapted to Periscope early last summer,” said Zimmerman in my interview with her via Skype. With over 11,000 followers on Periscope and having delivered over 400 live broadcasts, she has been very pleased with her outcomes on Periscope.

Having made over $30,000 from Periscope, Sue advises against selling on a live broadcast. Rather, she sends people to the link in her bio where she gives them a free 15 minutes coaching call so they can get to know, like and trust her to solve one of their pain points. Based on their conversation, she can then funnel them to the right place — whether it’s a paid program or her many free resources.

Here are some live streaming tips from Sue B Zimmerman:

Facebook Live lets viewers broadcast native videos to their viewers. To get started with Facebook Live stream, you would need to log in the Facebook iOS or Android. You can broadcast to your profile, a group you manage, or your Facebook fan page.

To start streaming on Facebook Live, tap the publish symbol on your mobile timeline.

You’ll be brought to a screen that has a people symbol that says Live Video. Tap on it and follow the instructions.

On your desktop, you can find a Facebook Live Map showing live broadcasts across the world. So if you are settings are public, your broadcast can be seen live in any of those countries! 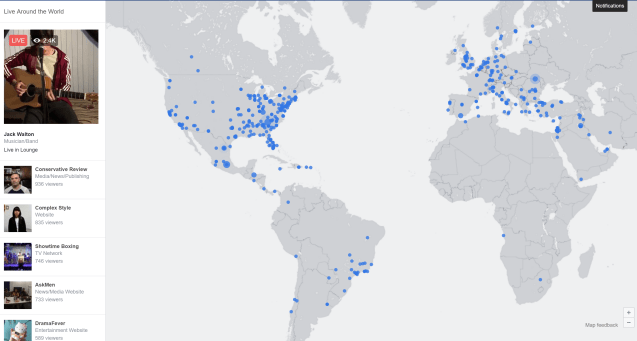 The Facebook Live map is a great way to find and join livestreams from around the world.

Facebook Live is a very powerful way to connect with your existing customers. You can “go live” in Facebook groups or Events, giving your audience a sneak peak of what’s happening. This is a great way to invite customers to events, showcase your products or talk about your business, allowing you to connect deeply with your customers. If you have a Facebook group, you can broadcast exclusively to the people in your community. This is ideal for announcing product updates or sharing special discounts.

Sue B Zimmerman uses Facebook Live mainly to engage with the communities she has built in her Facebook groups. She likes to give her community great value with live stream videos and takes any great opportunity to do so.

In this video she invited Dennis Yu, a Facebook Marketing expert, to share tips on how her audience can use Facebook to grow their business. If you have been wondering if it’s possible to do a dual video with both Facebook and Periscope, see how easy Sue seems to do one here.  She is able to broadcast to both her fans on Facebook as well as her fans on Periscope at the same time. She points out though, that that the tricky thing in broadcasting using both platforms is looking at the comments.  However, she has someone in her team who helps her browse through questions that come in so she can answer them at the end of the broadcast.

When she broadcasts on her Facebook fan page, Zimmerman uses more of a business overtone since this group is not as intimate as her Facebook groups. She emphasizes the importance of delivering a stellar experience with your broadcasts as you’ll never know when someone will land into your page and become a fan.

Live streaming seems to be the future of digital. Both Facebook Live and Periscope are a instant way to reach and engage with either your existing audience or to build a new audience. There is an unlimited number of ways that you can use live stream for; from sharing valuable tips with your audience, to announcing new products updates.

Due to the unique features of each platform, understand the nuances of each one, like any other social media platform, so you can use it to your success. Most importantly, know the one that your ideal audience is likely to hang out and be there. No matter which one you use, the most important thing is to integrate it in to your marketing strategy where you not only deliver value to your audience but also have a call to action for them.

Are you using live streaming? How are you using it to market your business? Feel free to share your experience in the comments below.

Social Media Trends for 2023 That You Need to Know

The Future of Social Media Outside of Marketing

The Modern-Day CMO’s Role in Innovation and Agility