More than 50% of consumers use their social media platforms to express their views and opinions about brands they’ve previously used or purchased from. After all, sentiment analysis (or opinion mining) is one of the most useful disciplines to have at your disposal.

You can use social media sentiment analysis to translate people’s thoughts, feelings, and opinions into cold, hard data that you can employ to establish what you should do more of, and what you need to do less of. Doing so allows you to harness the power of social media to bolster business.

With automated sentiment analysis tools, the job of collecting, sorting, and analyzing this data is now even quicker and even easier. Without lifting a finger, you can instantly see whether the public feels positively, negatively, or neutrally about your service or products.

This insight allows a business to become truly agile. Knowing how the market feels, in real-time, can inform rapid decisions, inspire quick changes, improve the product or service, and help the business win the hearts and minds of customers quicker and better than ever.

But you know all of this, right? The benefits of sentiment analysis are not new.

What you probably don’t know, though, is how to use Agorapulse to conduct sentiment analysis.

But, before I divulge this key information, I first need to address a major issue with sentiment analysis.

The problem with automated sentiment analysis is determining what is a positive or negative sentiment.

For example, you may read: “I’m LOVING the ENORMOUS pool in my hotel!”  Is this a positive sentiment or a negative one?

Without seeing the attached photo of the minuscule pool, you’d think it was a positive comment, wouldn’t you? Well, so would an automated sentiment analysis tool.

Automated sentiment analysis has an accuracy percentage rate of around 60% because it doesn’t recognize sarcasm, irony, slang, context, or different dialects. This skews the data and leads to misinterpretation which spells disaster for companies looking to scale.

Automated sentiment analysis is powered by NLP (Natural Language Processing) and ML (Machine Learning) algorithms. Basically, a group of bots will take a tweet, message, comment, or post, split the content into chunks, use a predetermined scale to assign a sentiment score to each chunk, and then tally up those scores to work out if the overall message is positive, negative, or neutral.

For example, say someone tweeted this: “I bought the new iPhone yesterday. I was really impressed with the new camera. The display was disappointing, but it’s surprisingly hard to beat on price.”

This is what the sentiment bots would do:

From this, they’d count up the scores and determine that overall, the message was a positive one.

However, as we’ve established, sentiment analysis isn’t always that straightforward.

Consider what happened with Morbius, the third movie set in the Sony Spiderman-Universe. When it was very first released, it was a box office smash, going straight in at No. 1 and making $39 million in its first weekend. A week later, however, there was a 74% drop in ticket sales (the second worst-ever performance for a superhero movie).

After the release, there was a flurry of activity on social media with tweets like:

“I’ve heard this is super good, so they keep having to push it back because we aren’t able to handle it yet, because it’s that good, that we need more time to evolve as a species to be better prepared to handle a movie this good.”

“I just watched Morbius. The movie brought tears to my eyes. The plot, the acting, everything about it was just amazing. It was so good that I left the theatres midway because it was way above my standards. Sony outdid itself, It’s the greatest movie of the decade!🔥”

Now, to you and me, these tweets are clearly loaded with sarcasm and irony. But to a sentiment analysis bot, with words like “amazing’’, “super good”, and “masterpiece,” the film was clearly a huge success! The outcome? Producers decided to go ahead with a second release and make a Morbius 3, which only encouraged further social media uproar:

“The funniest possible outcome with Morbius is it massively flops again, triggering another cycle of ironic memes, which causes another re-release in theaters, which also flops, etc, and so on. I call this the mörbius strip.”

This is a great example of sentiment analysis gone wrong.

Before you decide that sentiment analysis has no place on your day-to-day task list, there is an alternative way to conduct sentiment analysis that is around 10% more time-consuming, but around 85% more accurate than using an automated tool. Which means it’s worth the extra time.

How to Use Agorapulse for Accurate Sentiment Analysis

Now, I’m not for one minute suggesting that we shun the technology that’s available to us and go back to laborious data entry and spreadsheets to analyze audience sentiment.

I’m suggesting that we meet in the middle.

You can do this with Agorapulse by assigning positive and negative labels to every comment, post, message, or tweet that comes in. Then, because you’ve added labels to all your interactions, you can see the percentage split of positive vs negative sentiments via the Label Distribution report, which you’ll find in your reports dashboard.

You could keep it simple and keep your labels as just “Positive” or “Negative.” Or, to get a more granular analysis you could create and assign specific labels, such as “Churn” or “Super-fan” to your interactions.

I know what you’re thinking: Adding labels to all of the interactions that come in could take some time. But not only will this approach give you an increased level of accuracy, but as a byproduct, you’ll get a natural feel for what the market is saying, first-hand.

But I hear you. If you have hundreds of comments, posts, messages, and tweets to look at and assign a label to each day, you’ll have no time for the important, high ROI tasks.

Kind of like you can do with your email inbox. you can create rules that automatically move specific emails into folders to help you achieve Inbox Zero. It’s the same principle.

So, although the accuracy might not be as high as if you assigned your labels manually if you create a specific, detailed set of rules that can catch all the important positive and negative sentiments, you’ll be onto a winner.

Find out more about how to set up and run sentiment analysis with Agorapusle by reading this help article. 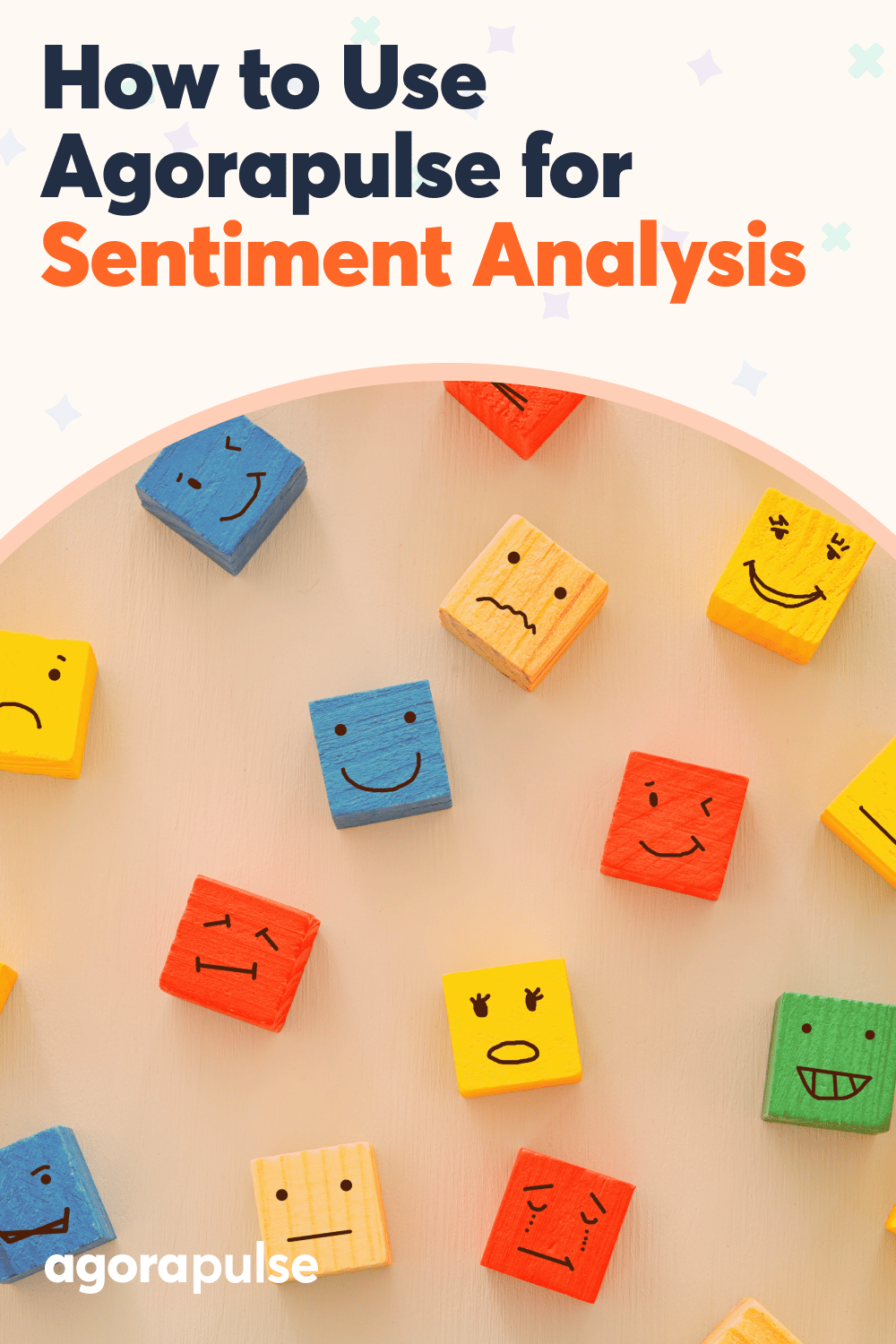 Create Social Media Reports That People Will Actually Read (and Like)

Client Success Is Your Success: An Account Health Scorecard to Maximize Value for Your Brand Partners

Engagement Analytics: What Do They All Mean?