Social media breaks down the barriers between brands and users. So it’s no surprise that well-placed CEOs on Twitter can add a much needed human element to a corporation.

A recent study by BrandFog showed that 82 percent of respondents were more likely to trust a company whose CEO uses social media.

But is having your CEO tweet always a good idea?

I was recently faced with this endearingly humble question from the CEO of a large brand whose digital content I was managing and it got me thinking…Should your CEO be on Twitter?

Here are my 3 pros and cons so you can make up your own mind!

PRO: If your brand is aiming for the stars then having your CEO on Twitter may be an advantage. By connecting to journalists, business leaders and influencers, your CEO will be able to form positive relationships, line up opportunities and hopefully be a shining brand ambassador.

Richard Branson (@richardbranson) is a complete natural in communicating with followers and media sources on his Twitter account. Get inspired by what he does on Twitter. If your CEO tweets thoughts about the industry, company news and other related topics, he or she can quickly shoot up the influence ranks to become a thought leader whilst also amplifying your content and social media marketing.

CON: Not every CEO is a natural communicator who is able to build online relationships and you know what? That’s OK. Some CEOs are numbers people and may not be comfortable interacting with media sources on Twitter. In fact, some CEOs prefer to take a helicopter approach to management rather than getting involved in marketing activities. Plus of course, Twitter is a fairly time consuming network and your CEO may not want to commit to daily tweets, responses and interactions.

TAKEAWAY: Understanding the personality of your CEO is key. A CEO who does not enjoy public speaking, meeting new people, interacting with team members and communicating new ideas may not take well to Twitter. In addition, not every CEO is tech savvy and following trends, discussions and mentions on Twitter may not come naturally.

PRO: Having your CEO on Twitter can be great for branding. Tim Cook, CEO of Apple (@tim_cook), always seems to get it right.

If your CEO is “at one” with your brand, he may become a valuable brand ambassador. John Legere (@johnlegere) at T-Mobile is a great example of this type of CEO. A simple glance at their profile images will tell you that they are in sync! By tweeting regularly, a CEO can speed up the process of building brand recognition and loyalty. 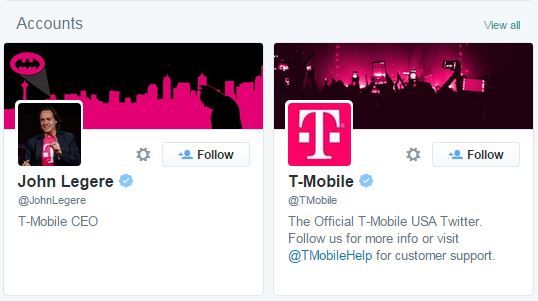 CON: For every awesome brand guru on Twitter, there’s also a fabulous train wreck. Donald Trump (@realDonaldTrump) is the reigning King of inappropriate. Here are some of the Trumpster’s tweets which, if representing a business brand other than his own, would certainly pose problems:

Sorry losers and haters, but my I.Q. is one of the highest -and you all know it! Please don’t feel so stupid or insecure,it’s not your fault @realDonaldTrump

If Hillary Clinton can’t satisfy her husband what makes her think she can satisfy America? @realDonaldTrump

TIP: It’s important to remember that social media is unforgiving and a branding slip can linger forever. Not to mention the fast paced nature of Twitter means that a slip up can escalate REALLY fast! If your CEO made inappropriate comments at last year’s Christmas party, insulted an intern or messed up his last public appearance then it may damage your brand to have him on Twitter. So keep him away!

PRO: Your CEO can address issues during key crisis moments via Twitter. In fact, in times of crisis, the human touch can be just the thing to calm the flames in addition to adding transparency and demonstrating fearless leadership. Take a look at AirAsia’s CEO Tony Fernandes.  After the AirAsia plane crash on December 28, Fernandes did not shy away from Twitter. Instead, he updated followers on recovery efforts, tried to assist victims’ families, and rallied AirAsia morale.

CON: While Fernandes was calm, compassionate and timely, many other CEOs have failed during times of crisis. The worst thing in a crisis is a Twitter meltdown from a hotheaded CEO intent on “angry tweeting,” arguing with critics or typing responses which may leave your brand open to criticism or legal repercussions.

TIP: Taking to Twitter during a PR crisis is essential. However, I recommend it is undertaken by someone who understands the social media/PR arena. If your CEO wants to take to Twitter, be sure that you are all communicating the same message and assist him if necessary

In direct answer to the question, “should your CEO be on Twitter?” I say yes — providing he is aligned to your brand and possesses the skills we’ve discussed. If you think he’s up to the task, why not give him some training to kick start his new Twitter lifestyle? 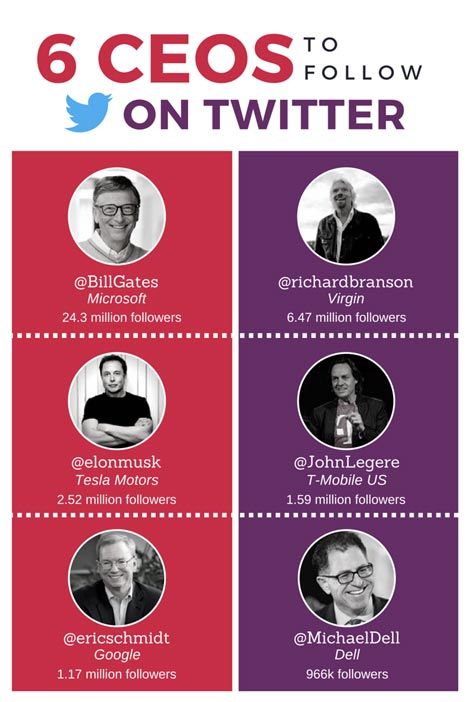