Have you been using Twitter for a while? If so, you are almost certainly following inactive Twitter accounts. But does that fact matter? Should you bother to unfollow them?

Yes! Here are a few reasons why going through and unfollowing those accounts is worth the time and effort.

In both the online and offline world, we constantly look for signals about who we can trust, who has influence within social groups, and who we should listen to.

Out in the non-digital world, we look at such indicators as what clothing someone wears, who else they talk to, whether they know any of our friends, and evaluate what they are saying and doing.

We look at all the same things when we are online, they just take a different form. In the digital space, we look for credibility based on such things as:

On Twitter specifically, one indicator is to look at a person’s number of followers relative to how many people they are following. Because social media (and particularly Twitter) tends to be somewhat reciprocal, often if you follow someone, the person will follow you back.

How does this play out?

If someone is following a lot of people with almost no followers, that can indicate they are very unpopular, as even reciprocity is not enough of a draw to get people to follow them. It also indicates they are not connecting with a lot of people who know them in the non-digital world, and so are more likely to be a spammer or a bot.

About the same number of followers and following

Many more followers than they are following

When a Twitter account has a lot of followers, but are not following as many people, that shows that people want to follow them for their content and information. They are not only following back but are actively finding and connecting with this person. The people also are more likely to be influencers.

One way that people manage to create effective bot accounts on Twitter for spamming, scamming, and spreading misinformation is by hacking into account not being used anymore. Many people start a Twitter account then decide not to use the platform regularly for a wide variety of reasons.

If you are not checking your social media accounts, you won’t know whether your account has been highjacked.

This happened to a friend of mine. She decided to get back on Twitter, and the recovery email and phone had been reset to ones that were never hers. When I looked up her account,  Tweets spamming the feed were posted over and over recently after being inactive for a long time.

The accounts that are most at risk are those that have been left inactive for several months or longer. Especially with several known security breaches in that amount of time.

This doesn’t mean that every inactive account is a bot, or even most of them. However, it raises the chances. And if people see you are following what are clearly bots, that hurts your credibility as well.

Another reason to unfollow inactive Twitter accounts is it should be a part of regular maintenance of your following. The people you follow create your feed of content. A better feed can help you connect to the people and content that you care most about.

Using the opportunity to reconnect with some of the people you follow can help reinvigorate your experience as well! 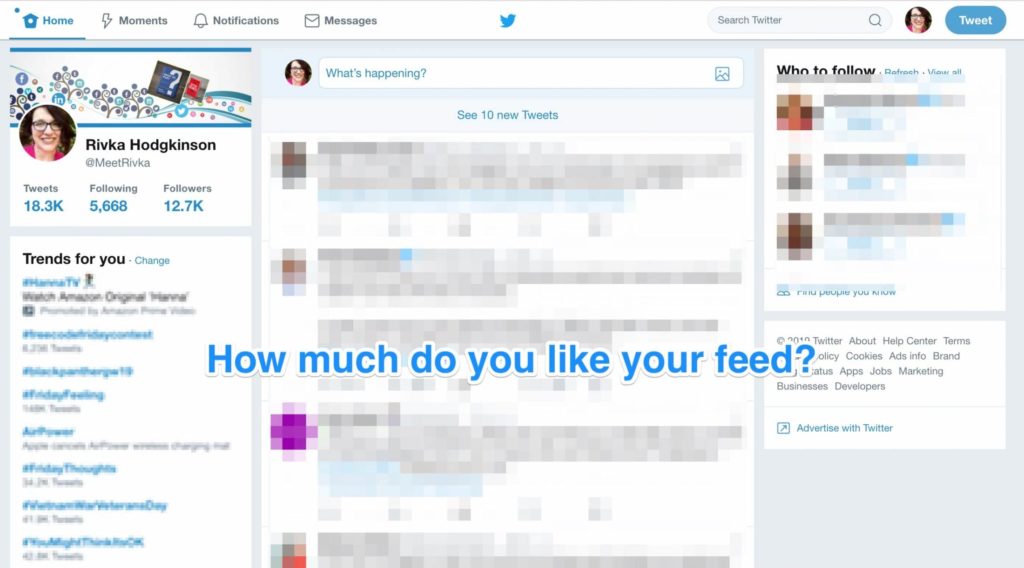 A good exercise to check of your feed is to open up your Twitter account and scroll through the first 15 or so Tweets that show up.

How many of them interested you? How many were from people you recognize? Did you learn something new or feel inspired to take action?

First, we have to answer the question: Who counts as inactive?

Some people will look for any accounts that have not tweeted in the last 30 days. You might want to give a longer window than that depending on who you are following.

Other indicators you can look for are:

In some cases, you may want to keep following very specific accounts, even when they are inactive for a period of time.

For example, say you know someone who does not tweet often but does tweet consistently. This person might only tweet every couple of months, but when this person does, the content is valuable. In that case, feel free to keep following them!

Another alternative if you want them to be off your list of people you are following but still keep track of the person or account, you can always add them to a list. 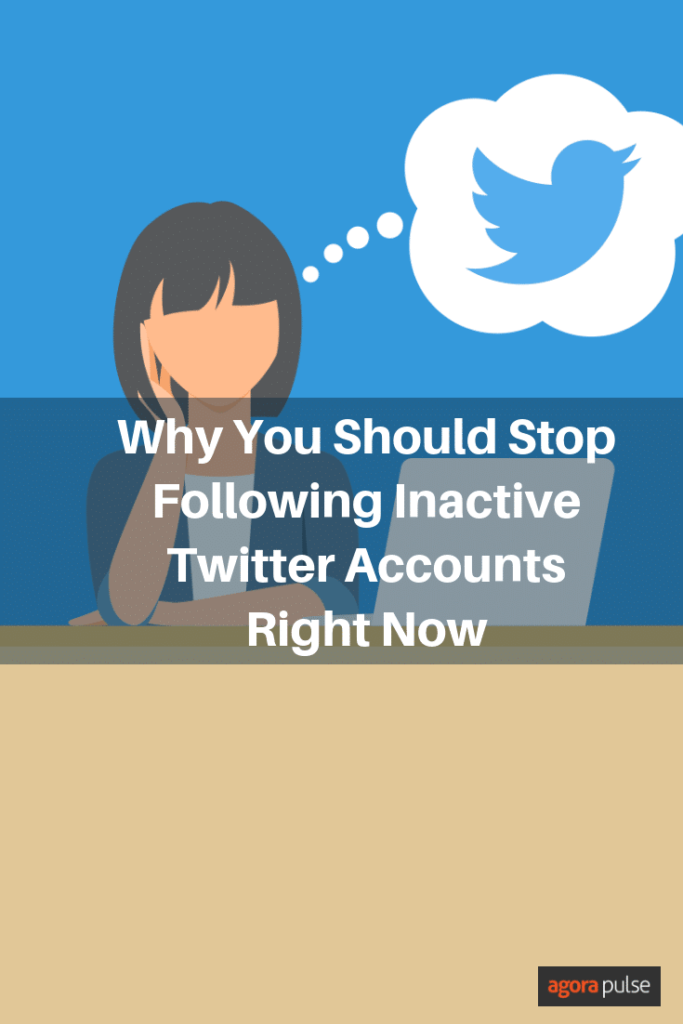