Social media has given us the ability to move from push to pull marketing — which only means that instead of pushing tweets out, you should be using snackable bites and tweets to pull prospects into your funnel.

Not to worry. We’ve got two ways — one simple and one advanced — to help identify prospects on Twitter.

Twitter in itself offers you dead simple ways to help identify prospects.

The two simplest ways to get started are:

Following these accounts and lists will provide you with a steady stream of content to retweet, or share, and interact with.

This also gives you a place to start when building prospect lists on Twitter. All you need to do is see who is following the industry leaders you’ve followed.

These things will help you create a beautiful foundation for getting started with identifying prospects (and keeping up with the competition!).

Again, Twitter is made for using the platform to actively search for prospects and leads.

By using Twitter’s Advanced Search, you can find plenty of prospects to engage with.

Here’s how to get to the Advanced Search area on Twitter: 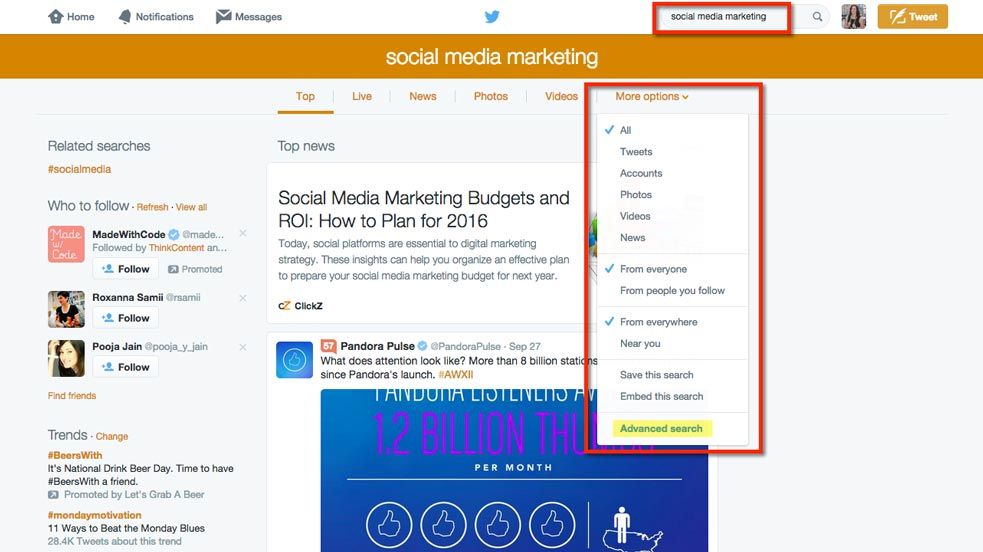 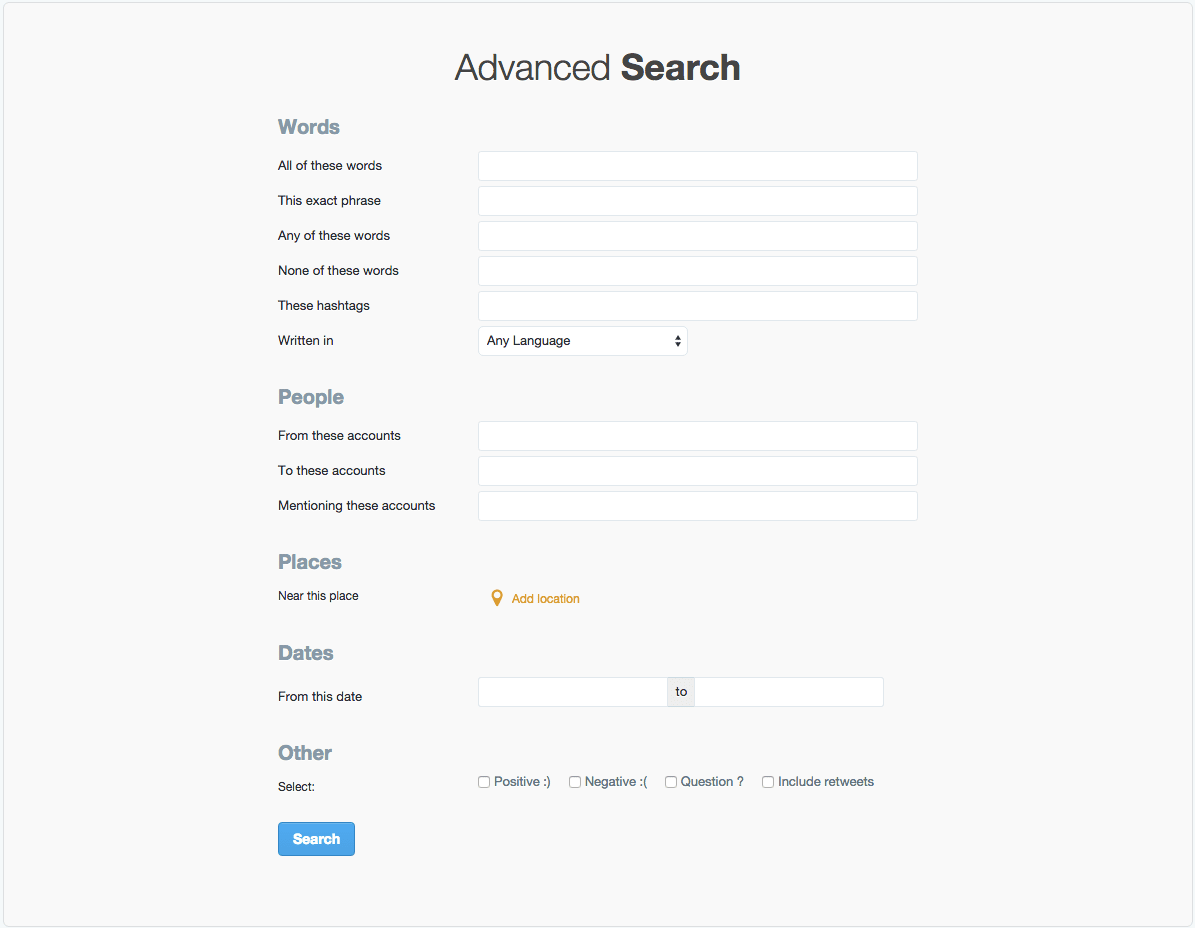 The Advanced Search area can seriously supercharge your efforts to identify prospects on Twitter.

Once you’ve got your sales process down, use it weekly to discover, follow and engage with potential leads or prospects.

While using the native Twitter tools is unbelievably easy, sometimes paid tools (like Agorapulse!) can give you a little boost in finding HOT prospects.

And when you’re in sales, there’s nothing better than reaching out to prospects who have already shown an interested in you.

Okay, maybe it’s just me, but cold calling is my LEAST favorite activity on the planet!

Here are my personal fave ways to use Agorapulse for warm and hot leads on Twitter:

1. TOP – Use “top” while signed in under your Twitter account and see the top Twitter accounts who have interacted with your account in the last 30 days. Note: Some of these may be influencers versus prospects. 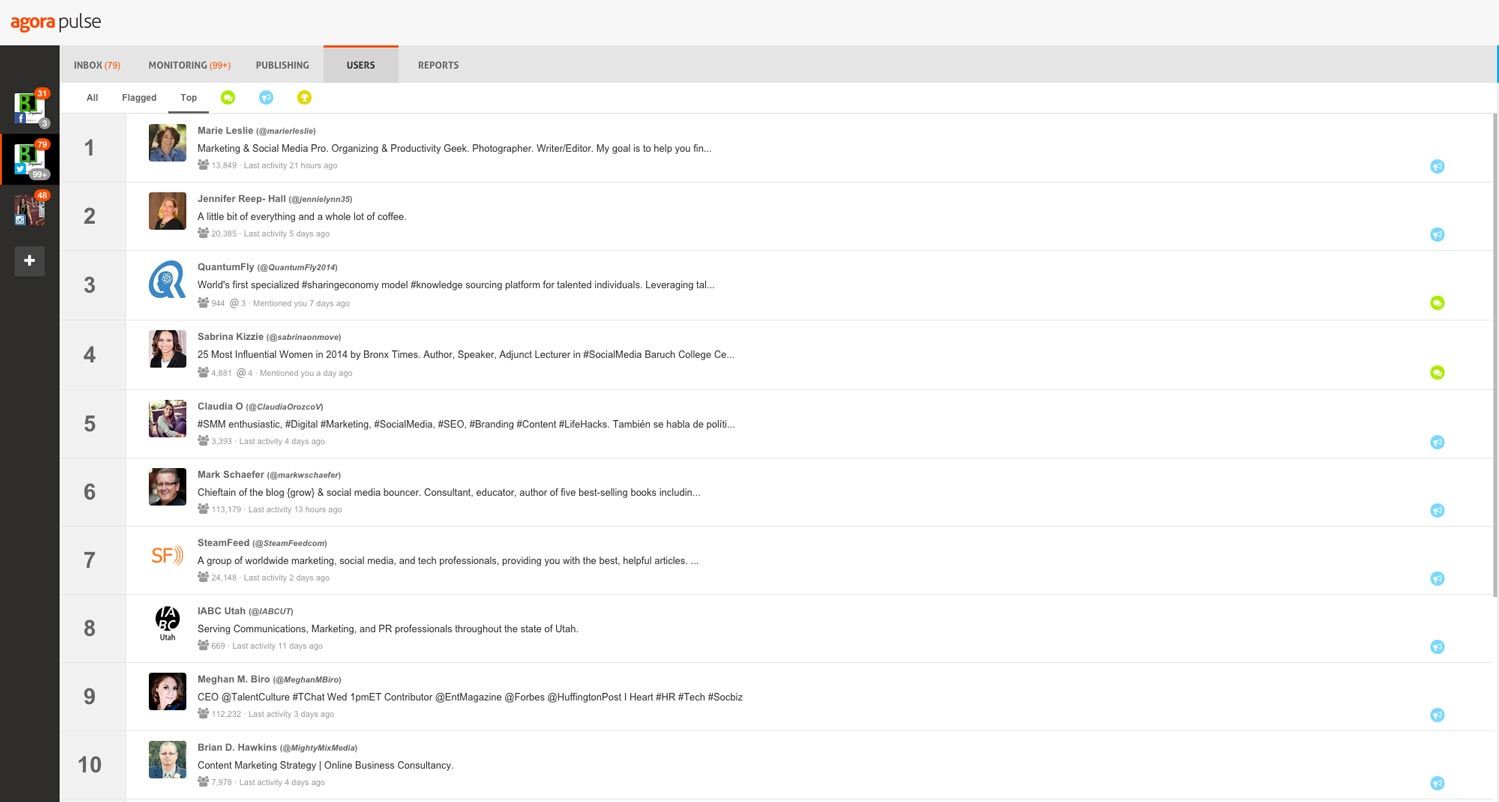 2. By CONVERSATION – As a “Think Conversation” company, this is one of my favorite tools! AgoraPulse lets you see who your top engaged users are by mentioning you, through a direct reply to a conversation, or through a DM. 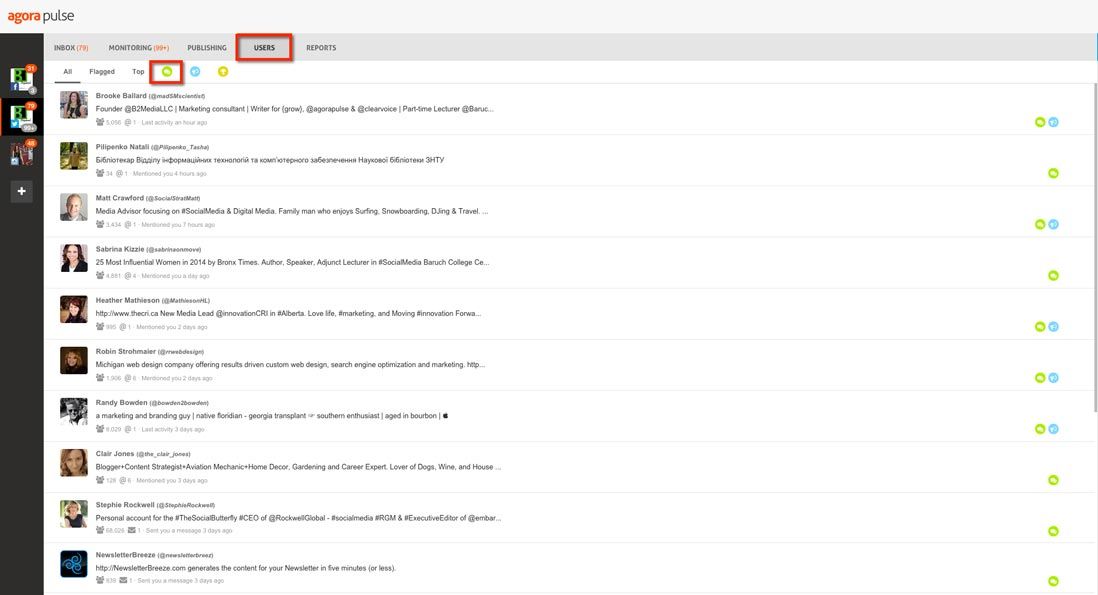 3. AMBASSADORS – These users have retweeted you or posted a link to your website (SCORE!). 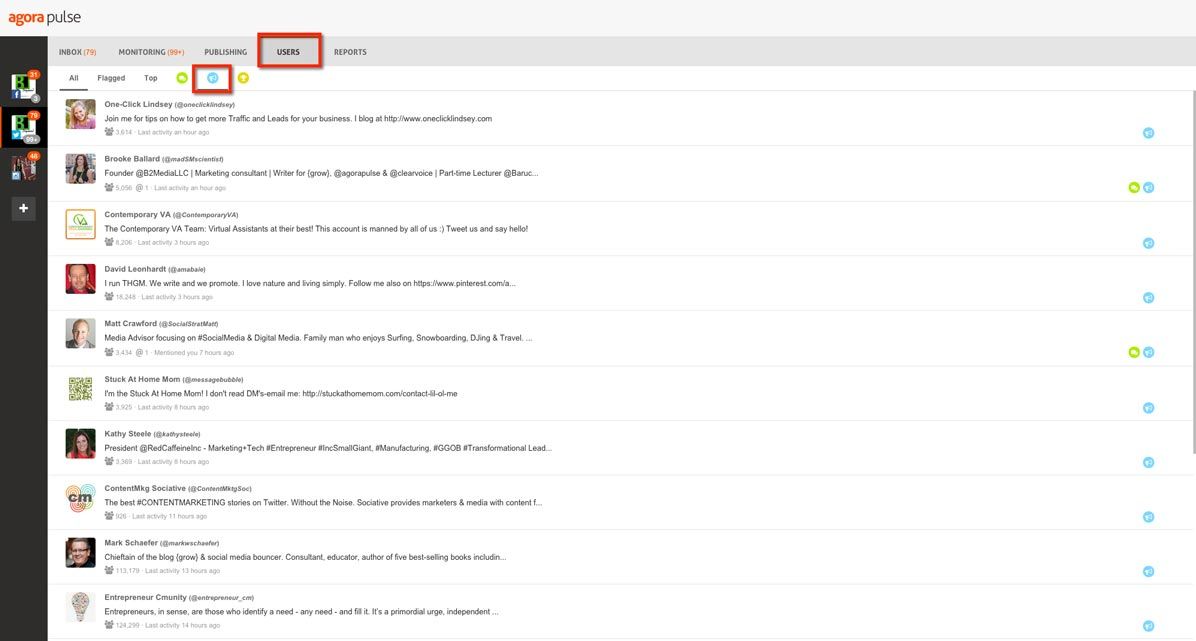 4. INFLUENCERS – Agorapulse even lists if your account has had interaction from influencers — which they define as being retweeted more than 20 times in the past 30 days (The B Squared Media Twitter account wasn’t quite cool enough to have anyone listed here, but how cool would it be if you did have someone pop up?!). 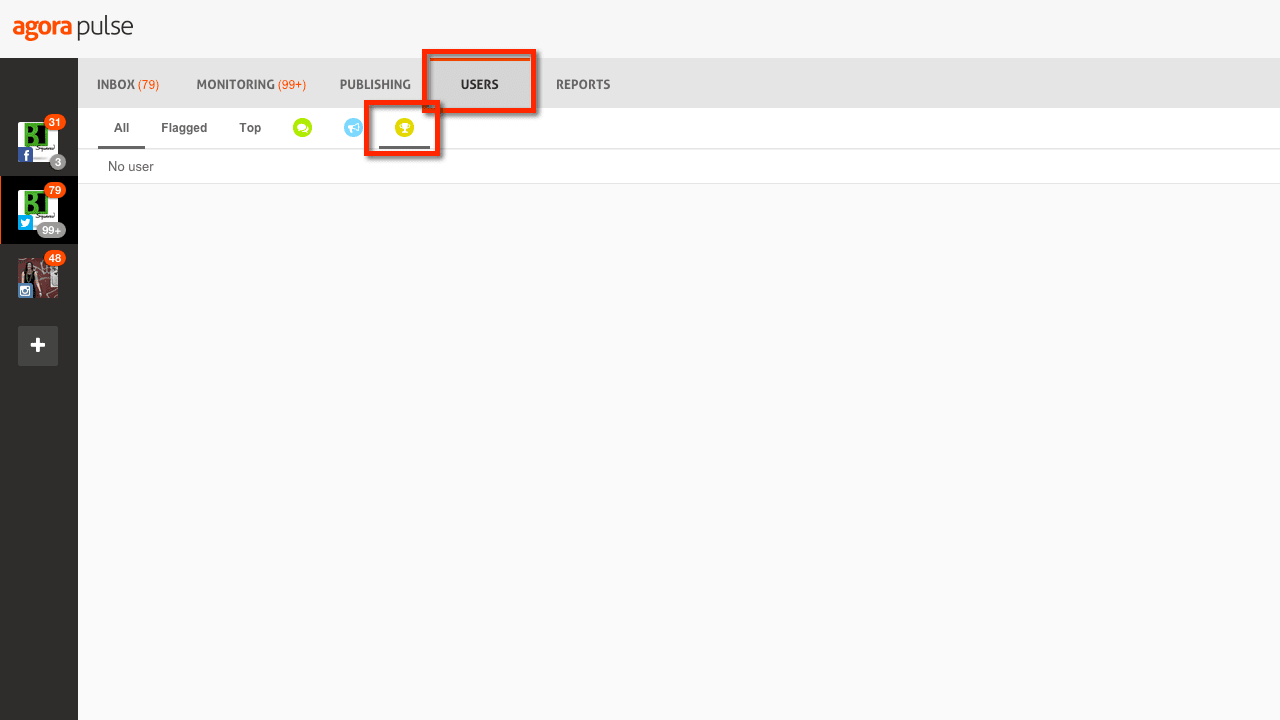 If cold calling or conversing with cold leads isn’t your thing, consider using a tool like Agorapulse to talk to top users by engagement, ambassadors, or influencers.

Or, if you’re just starting out and don’t mind getting the conversation started, use Twitter’s free features to actively identify prospects on Twitter.

How have you created ways to identify potential prospects on Twitter? Let us know in the comments section below!