As a social media manager, you may have a few questions about salaries, such as:

After all, you need to know what’s reasonable for the industry before you walk into a salary discussion.

In the United States, the average salary for a social media manager is around $50,000 per year, according to most major job listing sites.

LinkedIn reports that base earnings are $50,000 per year on average.

In addition, 18% of social media managers receive an annual bonus of about $2,000. 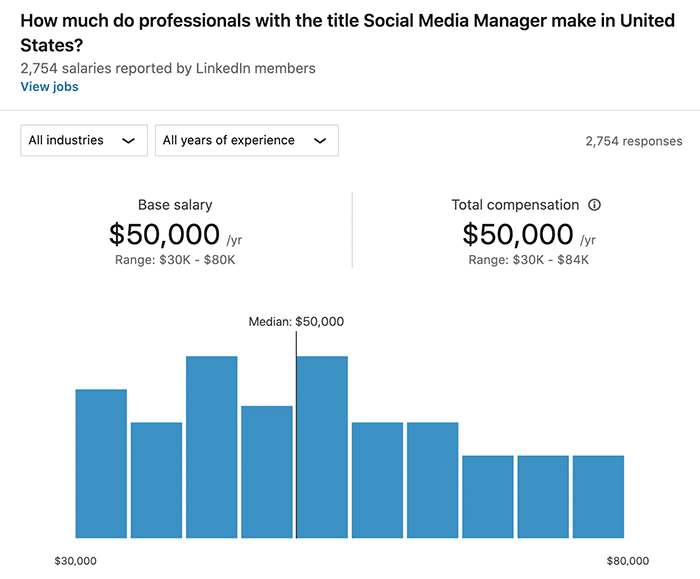 How much do professionals with the title social media manager make in the United States?

The average base pay in the U.S. is $50,473, and this role doesn’t typically include bonuses or additional compensation, according to Glassdoor.

PayScale reports a slightly higher average annual salary of $51,262 in the U.S., which includes a bonus, commission, and profit-sharing.

PayScale reports that companies in American cities with high costs of living, such as San Francisco and New York, pay up to 47% more than average.

Firms in cities like Paris and London also pay a small premium.

Indeed breaks down salary data by state in the US. Overall, companies in Colorado, Rhode Island, Vermont, and Maine typically pay 25% more than average. 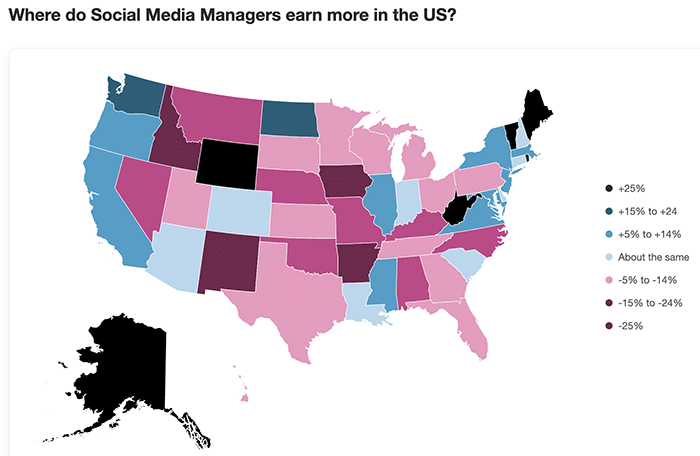 Where do social media managers earn more in the US?

Many social media managers specialize in certain industries, which can also affect their average pay.

Larger firms also tend to pay more than small businesses. Companies with more than 5,000 employees pay about 25% more than those with 50 or fewer employees, Glassdoor reports.

Employers in any industry can expect to pay lower salaries to entry-level social media managers with minimal experience.

Candidates with less than a year of experience have average annual salaries of about $40,000, according to PayScale. In contrast, experienced social media managers who have worked in the field for 10-19 years earn about $67,000 per year on average. 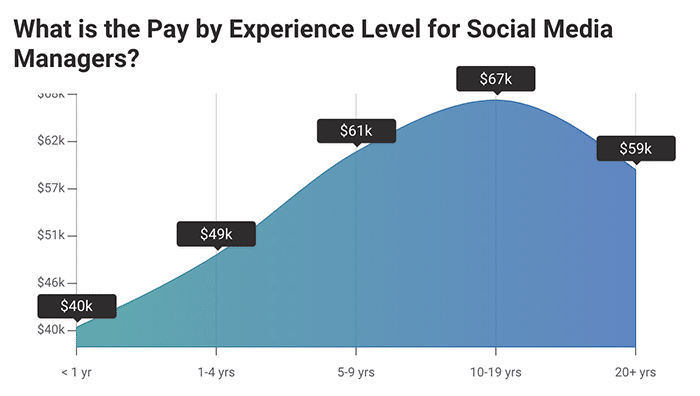 How to Negotiate Your Social Media Manager Salary

Applying for a new social media manager job? Be sure to have an idea of the salary range you can expect from an offer. (If you need to job hunt but don’t know how to get started, check out these expert tips.)

But what if the offer you receive doesn’t meet your needs or align with what you think you deserve?

Take a look at some of the most effective ways to negotiate your salary and demonstrate the value you add.

Your education level can have a significant impact on your earning potential in the marketing field. 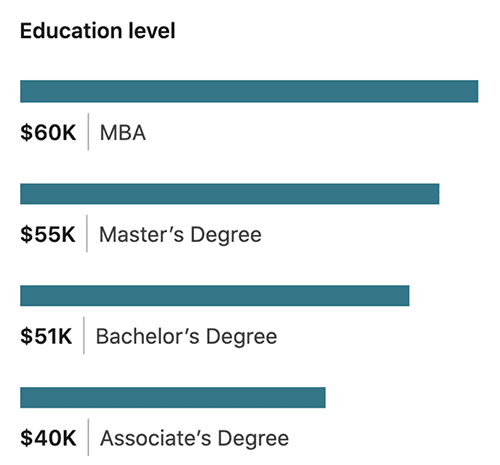 However, if you have an advanced degree, you could have additional power to negotiate.

Studying marketing, advertising, or communications could help you qualify for this type of role. Those fields of study, however, aren’t the only ones that could help you increase your earning potential.

In fact, social media managers with degrees in journalism and political science have some of the highest average salaries.

As a social media manager, you’re expected to have a few essential soft skills:

If you have advanced technical skills, you may be able to negotiate more successfully.

Indeed reports that social media managers with media buying and budgeting skills could garner a salary 40% higher than average. Customer relationship management and creative writing skills could boost your earning potential by about 33%. Social listening skills could increase your salary by almost 25%. 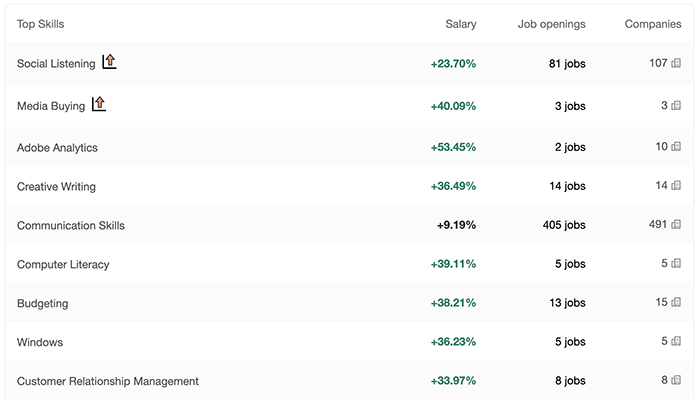 As a social media manager, you can look for an in-house job with a single company or a role with an agency, where you’ll manage multiple clients in a number of industries.

If you go the agency route, you may also have to tackle duties like:

Another big difference between the two types of roles is the social media manager salary.

In general, in-house roles have higher salaries and may offer more room for negotiation. In contrast, agencies tend to pay slightly less. Yet agencies may provide you with a wider range of experience, especially if you manage a diverse range of clients or brands in a highly competitive niche.

If you’re considering joining an agency, you may need to contribute more than skills and experience alone. You may also have to demonstrate the value you would add to the agency.

For example, you might show prior results you’ve achieved or prepare a case study to share with the agency.

Here are a couple of ideas you can use for inspiration: 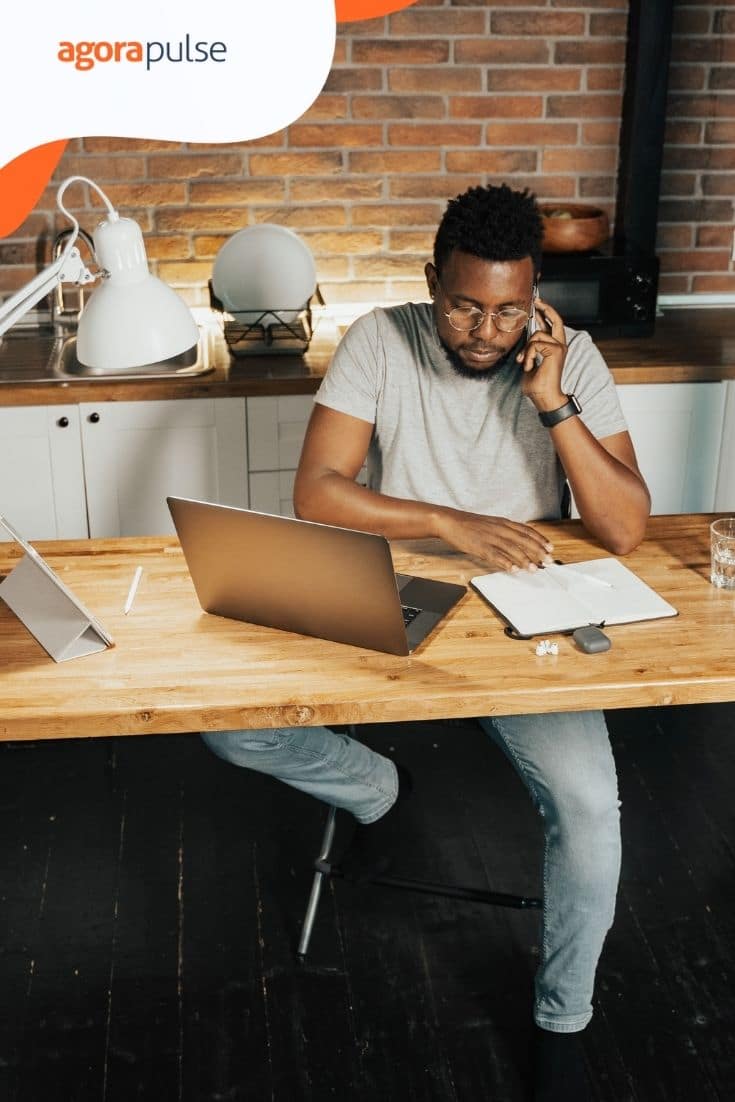