Armies of developers assaulted the seven kingdoms of Facebook this week as Mark Zuckerberg’s team hosted 2019’s F8—a conference specifically for Facebook developers. While gorging on feasts and drink, the throng heard tell of something amazing, something impossible, something … different.

Zuckerberg shared that, in the history of Facebook, there have been four major redesigns and developments. 2019 will mark the 5th, and is therefore referred to as FB5.

Yet this might be the most pivotal development of all.

FB5 marks a radical shift in how Facebook looks and operates, both on desktop and mobile. Which means that you’re probably freaking out just a little bit right now.

What’s going to be different? How will my time spent on the Facebook platform change after today?

More importantly, how will these changes impact businesses and organizations depending on Facebook for reaching their audiences?

We’re going to explore all the announced changes and developments right here! And don’t worry, just because the new Facebook is coming, that doesn’t mean the walkers will get you. We’ve got your back.

We're live from F8! Tune in to watch the keynote!

We're live from F8! Tune in to watch the keynote!

Watch Facebook’s opening keynote for all the news.

On an aesthetic level, Facebook is going through a re-design that gives it a clean, contemporary look. Given that it’s been many years since any major design change was implemented, this news is both refreshing and jarring to long-time users. 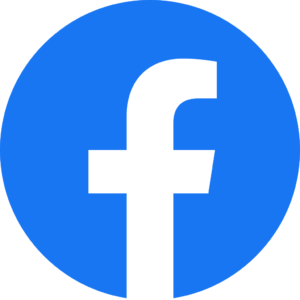 Facebook’s new icon and profile image speaks volumes about the platform’s direction. The changes are subtle yet important. A shift in font and in hue signify an understanding of the necessity of change alongside the need for continuity.

Carried throughout the desktop and mobile apps, we see a cleaner, brighter Facebook that is, at the same time, simpler. Here’s a shot of Mark Zuckerberg showing off the new design from the stage:

From a design perspective, this direction will have a positive impact on those who spend a lot of time on the platform—something that Facebook has been strongly considering in many ways for the past year.

This predominantly white design also lends itself perfectly to a dark mode that iOS users will appreciate. 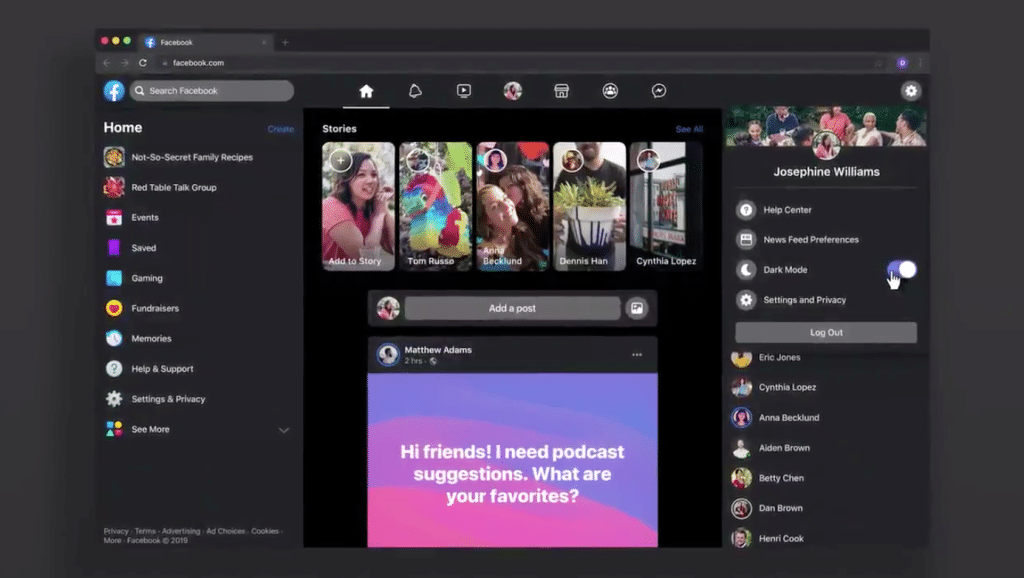 Here’s a quick video from Facebook showing off the new design:

More important to both users and businesses of the platform, though, is the change in News Feed. Because of Facebook’s renewed focus on community and private interactions, we can expect to see a radical change in how the consumption of content and information flows through Facebook going forward.

As Stephanie Liu, a social media strategist who was attending F8 put it, “The idea here is that our friends and family are the core of our social lives and communities is what gives us a sense of purpose and helps us grow in ways that we want.”

Now, what the images and videos and announcements have not said is that the News Feed is going away. In fact, a close look at some of the shared imagery shows that there’s still a Home icon and that stream is showing the kinds of posts and status updates we’re used to seeing and creating and sharing.

But is this is the beginning of the end? Only time will tell.

According to Facebook, “People will start seeing some of these updates in the Facebook app right away, and the new desktop site will come in the next few months.”

So some of you may already be seeing the new Facebook app.

Functionally, most of the changes are, not surprisingly, coming to Groups:

Ultimately, Mark Zuckerberg wants us to feel safe and secure while using Facebook and, more importantly, while having private conversations. That’s why there’s also a tremendous effort being put into the Messenger platform.

First, the new Messenger is going to be much faster, which will make using it around the world and in low-bandwidth areas even easier.

Second, the new Messenger is going to include end-to-end encryption which means that hackers, the government, and even Facebook itself cannot monitor your private conversations.

Third, the new Messenger is going to include a Friends tab that will help with the interoperability that Zuckerberg promised months ago: the ability to see updates and messages from your friends on other platforms like Instagram or WhatsApp!

“What’s really nice from a business perspective is that you can now reach out to your customers through Messenger across multiple platforms so it makes it a lot easier to scale and service and grow your business.” Stephanie Liu

Finally, Facebook is releasing a stand-alone Desktop app for Messenger to make it easier than ever to participate in text chats as well as voice and video calls.

If you’ve been watching Game of Thrones, you know that the Starks of Winterfell have a family motto: “Winter is coming.” That refers not to the season so much as the cold, dark, plight that comes with dramatic change.

Should you be as concerned about the new Facebook as the seven kingdoms were for the walkers beyond the Wall?

But inevitably, change is coming and the strategies and tactics we used for social media success yesterday will not be as effective tomorrow.

The writing is on the wall, so to speak. Make sure your business is prepared. 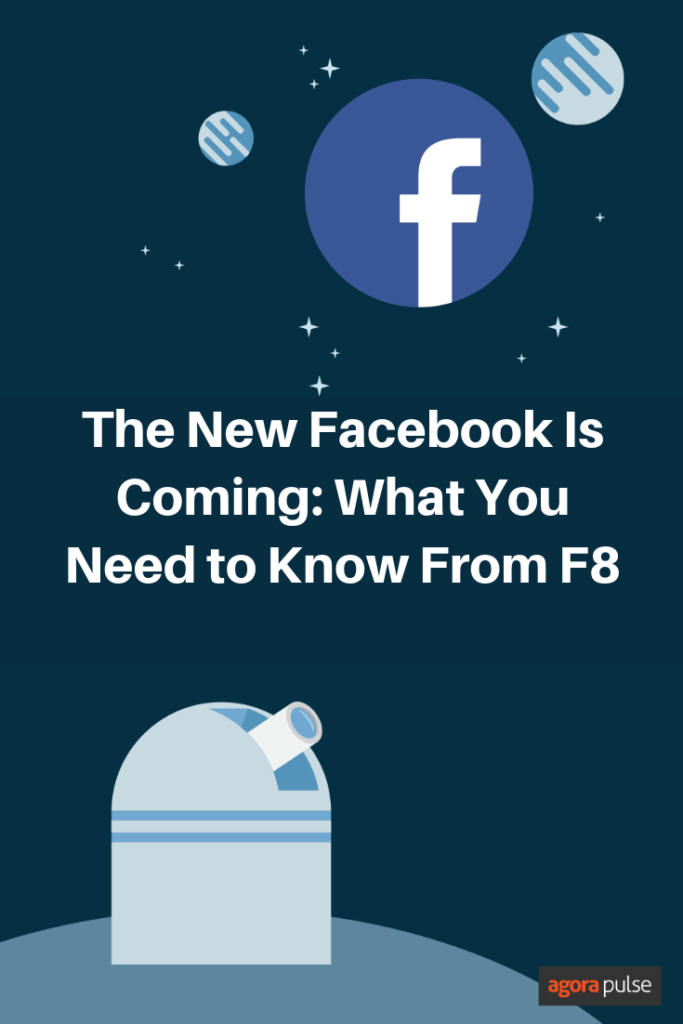 Should We Be Worried about the Facebook Explore Feed? 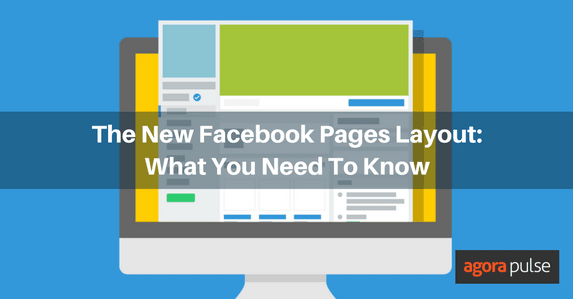 The New Facebook Pages Layout: What You Need To Know

10 Tips On What You Should Know About Facebook Author Tags