Are you aware that Twitter has made analytics available to everyone and not just advertisers? To see your account’s metrics, simply log in to http://analytics.twitter.com/.

At first glance, these statistics look pretty basic. The average Twitter user like me won’t get a whole lot of in-depth data. But, there are some special features to help you get more out of your marketing efforts and I’ll share them with you here.

This is the first thing you’ll see once you log in to the Twitter analytics site. This dashboard summarises your tweet activity for the past 28 days.

Data is presented here in a more verbal but comparative way than Facebook. Instead of seeing numerous graphs on your dashboard, you’ll get numerous statements summarising your tweets’ performance. These statements compare your performance over the last 28 days with other 28-day periods.

Scroll down further to reveal 2 columns. The left column details the number of impressions and engagement for each tweet.

This is very similar to Facebook’s analytics for posts.

The right column focuses on engagement.  According to Twitter, engagement is the “total number of times a user has interacted with a Tweet. This includes all clicks anywhere on the Tweet (including hashtags, links, avatar, username, and Tweet expansion), retweets, replies, follows, and favorites.”

In other words, engagement is the new reach, again. SinceTwitter engagement is so general, the total figure is not of much importance. It’s better off as a measure of awareness than real engagement.

If you want to peek into actual engagement, you’ll want to look at the engagement breakdown in the right column.

Each of these sections show:

If you’re using Twitter to generate traffic to your website, you’ll want to pay attention to link clicks.  If you want to find out how influential your brand is, you’ll want to look at the number of retweets, favorites, and replies. Just take note that the quality of replies is usually more important than the quantity.

When you click on the “followers” tab at the top of the page, you’ll be able to dig into some interesting demographic data. 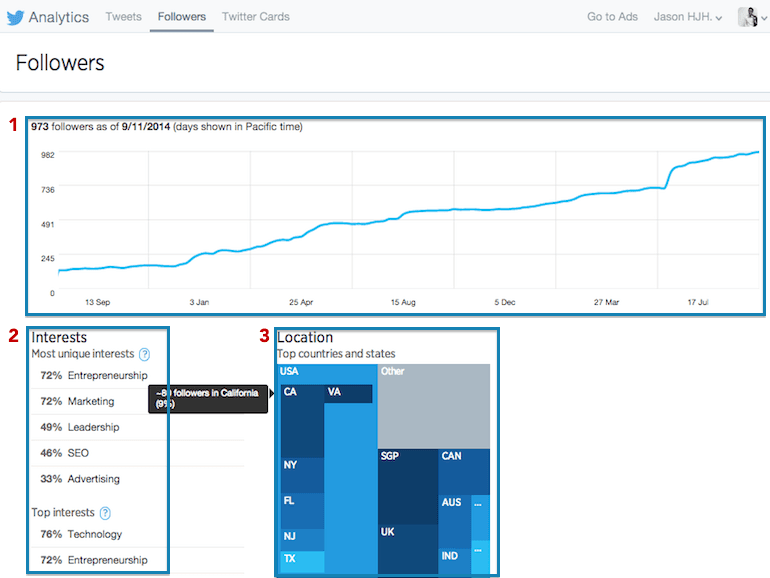 The first graph shows the growth of your followers over the past year. This is no different from Facebook’s ‘page like growth’ graph.

Perhaps the most valuable set of data offered by Twitter analytics for non-advertisers.

Twitter is able to categorize each user’s handle and show you your followers top interests through its algorithm. If those interests match your target, it’s a good sign that you have a relevant audience.

The location section is also similar to Facebook’s. It shows the top countries. states, and cities your followers are from.  Self-explanatory. 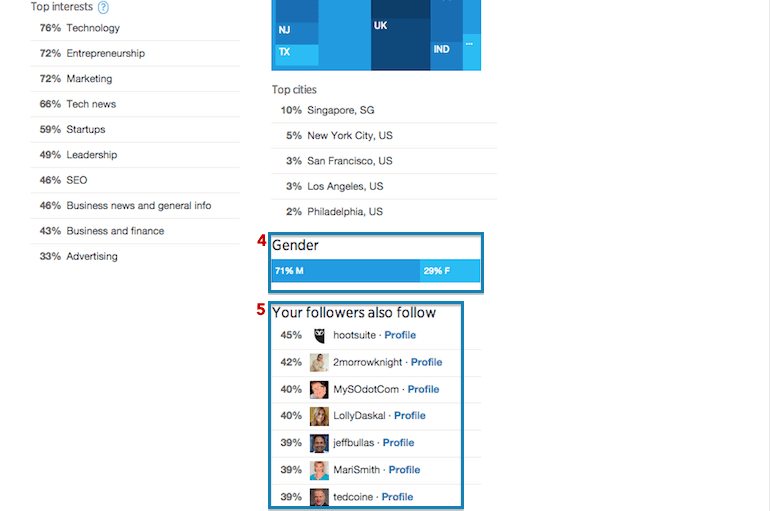 The gender section is simple and less detailed like Facebook’s. This is because Twitter has not added all the different genders to its platform. In case you missed Facebook’s announcement earlier in February, these were the genders Facebook added.

This is another interesting section found in Twitter analytics.

It shows you the top accounts followed by your followers. This bears a bit of resemblance to Facebook’s graph search function, where you search for “Favorite pages of [insert your page name] fans”.

Using this data, you can easily find influencers you should connect with. Influencer marketing, either organically or sponsored, has become a core part of most successful businesses’ social marketing strategy.

Do you use Twitter for your business? Let us know if you think that the analytics are useful! 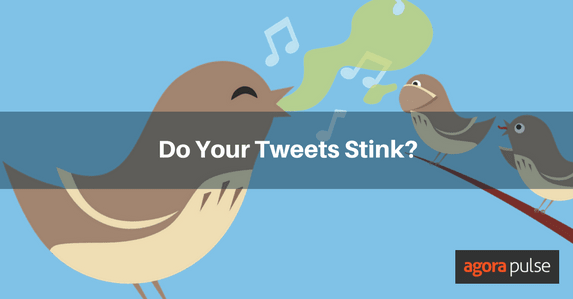 How Can Twitter Analytics Tell You If Your Tweets Stink?