It’s always a great thrill to us at Agorapulse when someone reviews our platform. Even though Agorapulse has evolved to a comprehensive social media management tool it still offers some killer facebook marketing apps too!

Alan Hutchinson of PhotoProSEO has written this comprehensive review about Agorapulse and he shares the business benefits of using it with us. His post was originally published on his blog. We’ve reproduced it with his kind authorization, without changes or additions.

Facebook marketing is becoming increasingly difficult for photographers. In previous years we could post anything we wanted on our Facebook business pages knowing our client base would see them.

These days that’s simply no longer the case and if you want to market on Facebook you need to be spending money on advertising – or so it would seem. Of course we’ve discussed ways around this, like last years post on how we reached over 45,000 targeted fans without spending a penny on marketing.

Well, that campaign was based on a competition we created, keeping carefully within Facebook’s competition guidelines – as you know it went very very well.

This year, when planning to run the promotion again I wanted to do things differently.

Whilst last year’s competition went very well, there were a few issues that needed addressing this time round:-

So this year we had a number of new objectives:-

I knew that to do this we would need to spend some money, but fortunately it was a lot less than I thought.

As many of you know Facebook has a very active “App” system where developers can create apps which integrate with the Facebook platform and create custom content.

I had used apps in the past, but with mixed results.

Then I stumbled upon Agorapulse.com and their excellent range of apps. What stood out with Agorapulse was the amount of customization I could do in terms of the data I could collect for people engaging with my chosen app.

So as this competition was to collect votes for our Wedding of the Year, I used their Fan Vote app – this allowed me to upload a set of different images that fans would be asked to vote on.

Within the app settings I was able to configure the data that was to be collected when anyone voted – Users were incentivised to vote – if they voted they were to be entered into a prize draw to win a photo shoot.

Here’s the data we collected on the voting form – as you can see, this is excellent and a fantastic way to help build a database of potential highly targeted leads.

Of course you can’t run a competition like this without a decent prize – so in terms of additional costs we obviously had the prize elements to consider.

So how did it go?

Well compared to last year’s competition engagement seemed lower – 45,000 last year against 20,500 this year – although I will qualify that as Facebook’s reporting may have had a glitch – after 2 weeks, this figure never budged a cent. So the actual figure may have been higher who knows.

Page likes – much better than last year – while we saw a little spike in our normal trend for new likes last year, this year was a lot different – we added 572 new likes over the period of the competition – a fantastic result. But of course likes don’t directly lead to potential clients.

Votes – in terms of voting, over 7000 Facebook users clicked the link – of course at that point Facebook prompts them to install the app and at this point you will lose a fair percentage who don’t want to share their information with you – which is perfectly acceptable – so the final click-through to voting stage was 1554 votes.

That’s 1554 potential new clients who shared the data shown above with us, and indicated whether they wanted to join our mailing list – which most did. What a fantastic result! 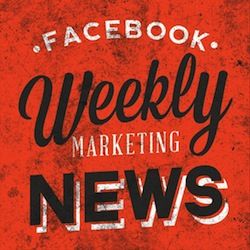 At the end of the competition, we awarded the prizes to the winners and gave out 50 portrait/shoots to voters who will help fill our studio over the coming weeks.

The cost of this stunning Facebook App? Just $29 a month!

Quite a nice little Facebook campaign for not too much spend, don’t you think?

So here’s the challenge – what can you do with Agorapulse? They have a free trial available, so you can try them out without even spending a penny, but if you are like me, you’ll be happy to keep them as part of your marketing arsenal.  They have lots of different apps to try out as well not just the Fan Vote app – so use your marketing imagination and see what you can come up with – then let us all know in the comments!

Alan Hutchinson is the founder of PhotoProSEO.com, a resource built for Photographers that focuses on the key challenges of running a Photography Business. The emphasis on the site is SEO and Marketing for Photographers, but it also covers all the other challenges photographers have to tackle day to day in their business. You can find more here: http://www.photoproseo.com/about-photoproseo/.
Alan also operates a very successful Portrait and Wedding Photography studio on the outskirts of Stirling, UK.