Think of emojis, and you probably think of something fun, creative, and engaging. So, why wouldn’t you use them in your social media? Check out these reasons why your agency should rock emojis in its social media posts.

“Charlotte, we’re a Fortune 500 institution,” the CEO of a large US corporation said to me recently. “Our followers don’t want to play childish emoji games!”

As director of Contentworks Agency, I had just suggested the brand use more emojis on Twitter to improve its engagement and brand perception.

That incredulous reaction from brands is not uncommon. So, should your agency use emojis in social media?

Emojis by the Numbers

These are the top five most popular emojis in 2019. (Nice to see that happiness and love outweigh angry and sad in the social media space!)

Now, let’s dig into why I suggested to the CEO that his brand use emojis.

The great thing about social media marketing is that it’s universal. You can reach potential clients all around the world with just one tweet.

But what about the language barrier?

Emojis are completely universal as their meanings are understood in the same way in each country. For marketers, this is a good thing. You save on translation costs, print, designs, and the need to localize the meaning for each region.

Take this emoji billboard ad from McDonald’s as an example. Regardless of language, we all understand the meaning: Having a bad day? Go to McDonald’s and get happy again. Very smart use of emojis! 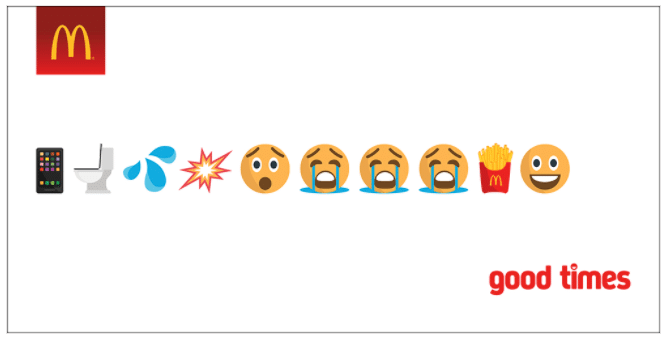 Similarly, as a roadside ad, this emoji storytelling method is easy to grasp and understand: 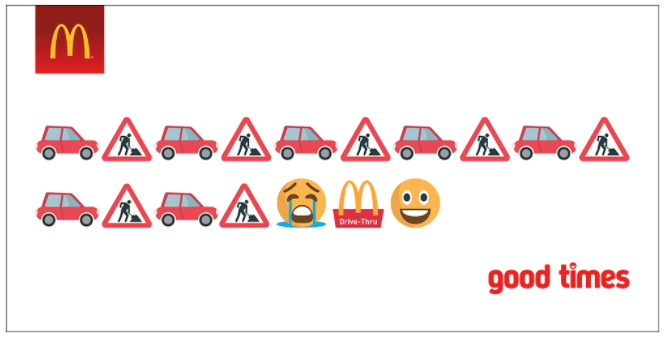 If you hashtag an emoji on Instagram, it will become a live link to see all other Instagram posts that have hashtagged that emoji. 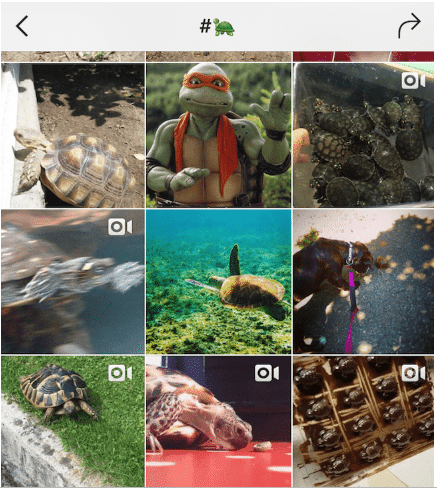 There’s a good reason why social media managers use emojis. (Aside from the fact that we like emojis and it’s fun to use them.)

The use of emojis increases engagement by a whopping 48% on Instagram. Posts that use emojis on Instagram have an interaction rate of 2.21% and posts without emojis have 1.77%.

In fact, Wordstream founder Larry Kim, conducted an experiment to analyze the impact of emojis on engagement. Tweets with emojis received 25.4% more engagement than those without as you can see below:

And influencers are using emojis to increase engagement, too.

A recent study analyzed 31 million tweets and half a million Facebook posts and found that emoticons were a common factor among all the influential social accounts.

Not all users experience an increased engagement rate, and the rate may depend on the social media channel. For example, the Social Media Lab ran an experiment on Twitter emojis that had very different results from the Lab experiment on Facebook emojis.

My view on this is that engagement results depend on the brand, subject, and emojis used. For example, asking users to vote using emojis or emoticons rather than a comment or share is usually successful as it requires far less user effort.

Here’s one we made earlier: 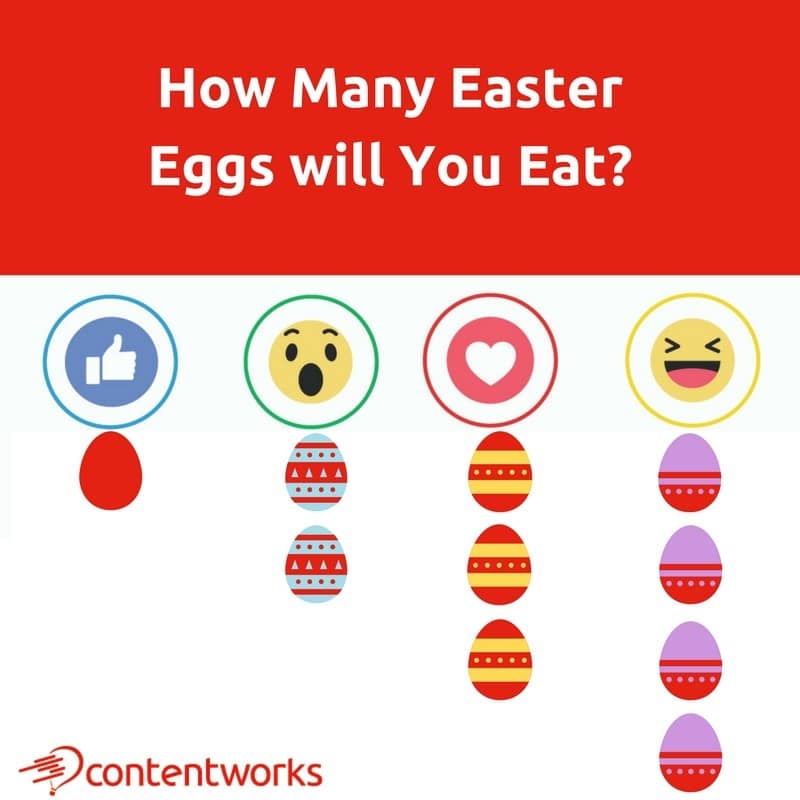 Remember back in 2014 when Taco Bell (or rather, Taco Bell’s marketing agency) decided to lobby Unicode Consortium for a taco emoji to be made available for Android and iOS?

This led to a change.org campaign with 33K online signatures and the creation of the taco emoji that sits on our emoji dashboard today. True story. 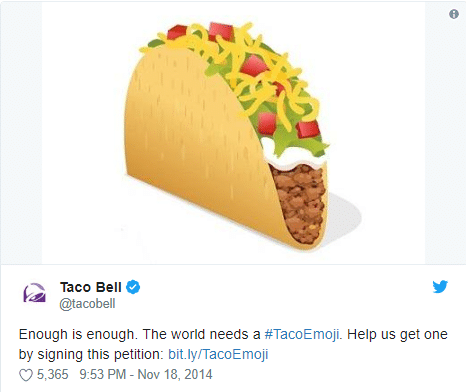 For example, Disney used emojis on social media to promote “The Force Awakens” and to introduce the BB8 droid: 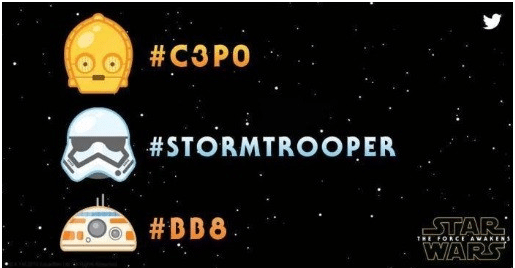 The World Wildlife Fund (WWF) used emojis to create awareness about animals in danger of extinction, WWF created 17 emojis of endangered animals and encouraged users to donate 10p every time they retweeted one.

WWF’s #EndangeredEmoji Twitter campaign received around 559,000 mentions and more than 59,000 signups in the first three months since it was released. (Watch its short emoji video here.) 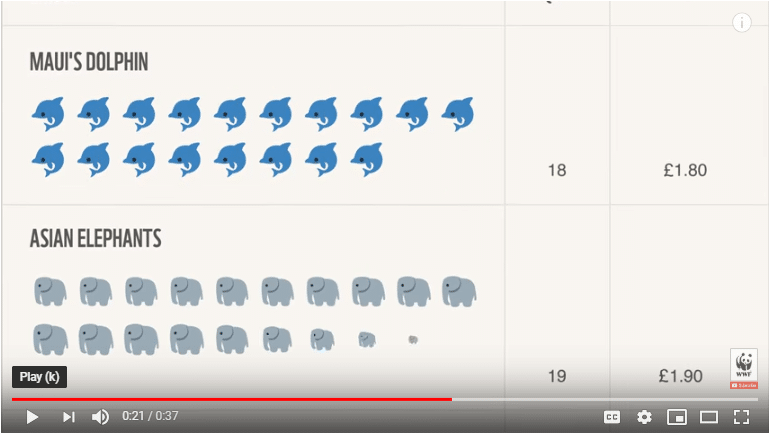 When the Beatles catalog launched on Spotify, Spotify developed fun ways for followers to celebrate the Beatles with social media emojis.

This neat campaign made #BeatlesOnSpotify four times more popular than #Beatles during the launch and gave Spotify an 83% share of the conversation! 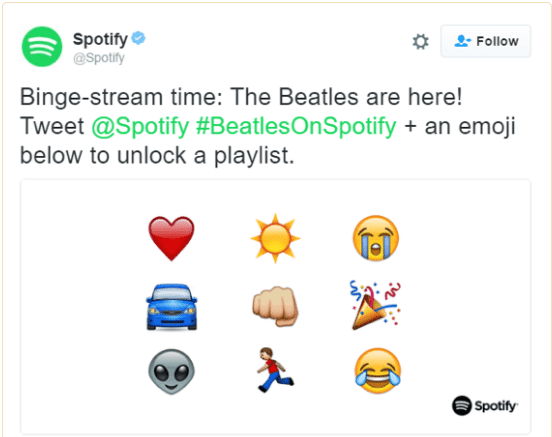 Social media agencies need to use emojis on a case-by-case basis. Though most millennials prefer to express emotion using emojis, only 37% of people over 65 feel this way.

I’m not a psychologist, but I am interested in the best ways brands can communicate on social media. And for that, we need to understand basic psychology.

In a 2017 study published in the journal Trends on Cognitive sciences, researchers found that the use of emojis provides the same satisfaction as actually interacting with another person. Similarly, studies show that 72% of 18-25-year-olds preferred using emojis to convey their feelings. This makes the use of emojis highly valuable in gaging brand or product sentiment. 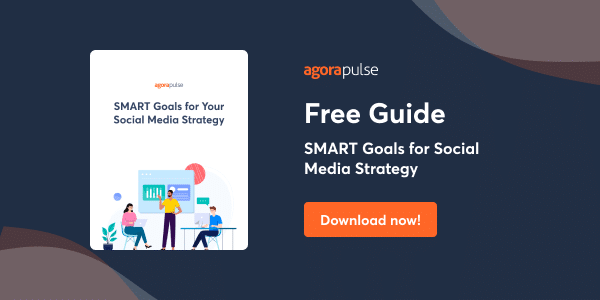 Just like our Fortune 500 client, many agencies and brands believe that emojis are only for trendy fashion companies and not serious finance brands. Or perhaps even that they are too cheap for their own brand.

Look at cool finance brand Revolut and the way it interacts with fans using emojis:

And LOL at the company’s in-app push notifications:

Want to check out a few cool emoji tools for your social media agency?

Here are my faves:

Emojipedia: You’ve heard of Wikipedia, but did you know there’s also Emojipedia? Emojipedia contains info on every single emoji and how it related to world events, objects, places, and celebrations.

Emoji Tracker: Want to feel like you’re in the Matrix but also accomplish something productive? Check out Emoji Tracker. This incredible real-time stats site monitors the popularity and usage of emojis on Twitter.

Apple Animoji: If you have an iPhone X with facial recognition, you can try animated emojis for messenger and video. You can even create video with animoji and post it on your Facebook page or stories.

* * *
Dr. Owen Churches, a post-doctoral fellow at the school of psychology at Flinders University explains:  “Before 1982 there would be no reason that ‘:-)’ would activate face-sensitive areas of the cortex but now it does because we’ve learned that this represents a face. This is an entirely culturally-created neural response. It’s really quite amazing.”

By using emojis in our proactive and reactive marketing campaigns, we are hitting the right buttons with social media fans. 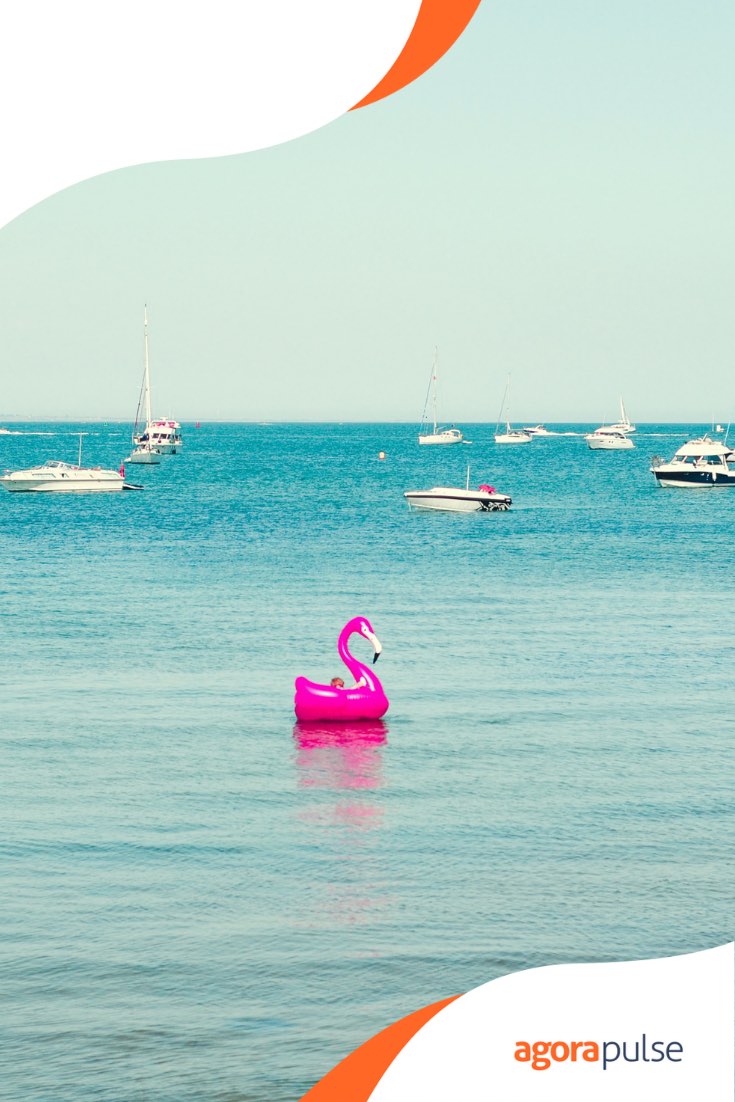 Hashtag Search Tools That Are Crazy Easy to Use