Ever scrolled through the YouTube comments section on a cool video you just watched?

Then you’ve seen comments from the terrible YouTube trolls.

No. Not these guys.

You won’t find them bursting out into a random song and dance number.

Instead, they practice troll-speak. This ranges from rampant complaints to cruel, visceral attacks with a single purpose– to wound.

No matter what type of troll you have on your YouTube channel, they’re awful and frustrating. And here’s the thing: they don’t just frustrate you. They frustrate your users and affect how first-time viewers see your content, your channel, and your brand.

As someone who has managed several YouTube channels for clients, there have been times when I’ve been inclined to believe that YouTube trolls might actually have their own distinct circle in Dante’s hell where they all annoy each other.

For this reason, YouTube trolls can’t just be left to their own foul devices. So what exactly can you do about them?

In this post, we’re going to go over how to deal with trolls on your YouTube channel, how to get rid of them, and even how to prevent them from commenting in the first place.

Identify Them as Soon as Possible

Do you know how to spot a YouTube troll in the wild? Can you differentiate between a troll and someone who is just a little critical?

Sometimes non-troll conversations can be a little critical about your content. It’s not always great to write these people off as trolls–  engaging with them or even taking their feedback could benefit your business.

Trolls are pretty easy to spot once you know the signs, which include:

If you see one or more of these signs, you may have a real live troll on your hands.

If that’s the case, here’s what you need to do.

I live in Florida, and you always see “don’t feed the alligator” signs all over the place, because believe it or not, people are stupid enough to do that. Then the gator gets aggressive and associates humans with food: bad mix. 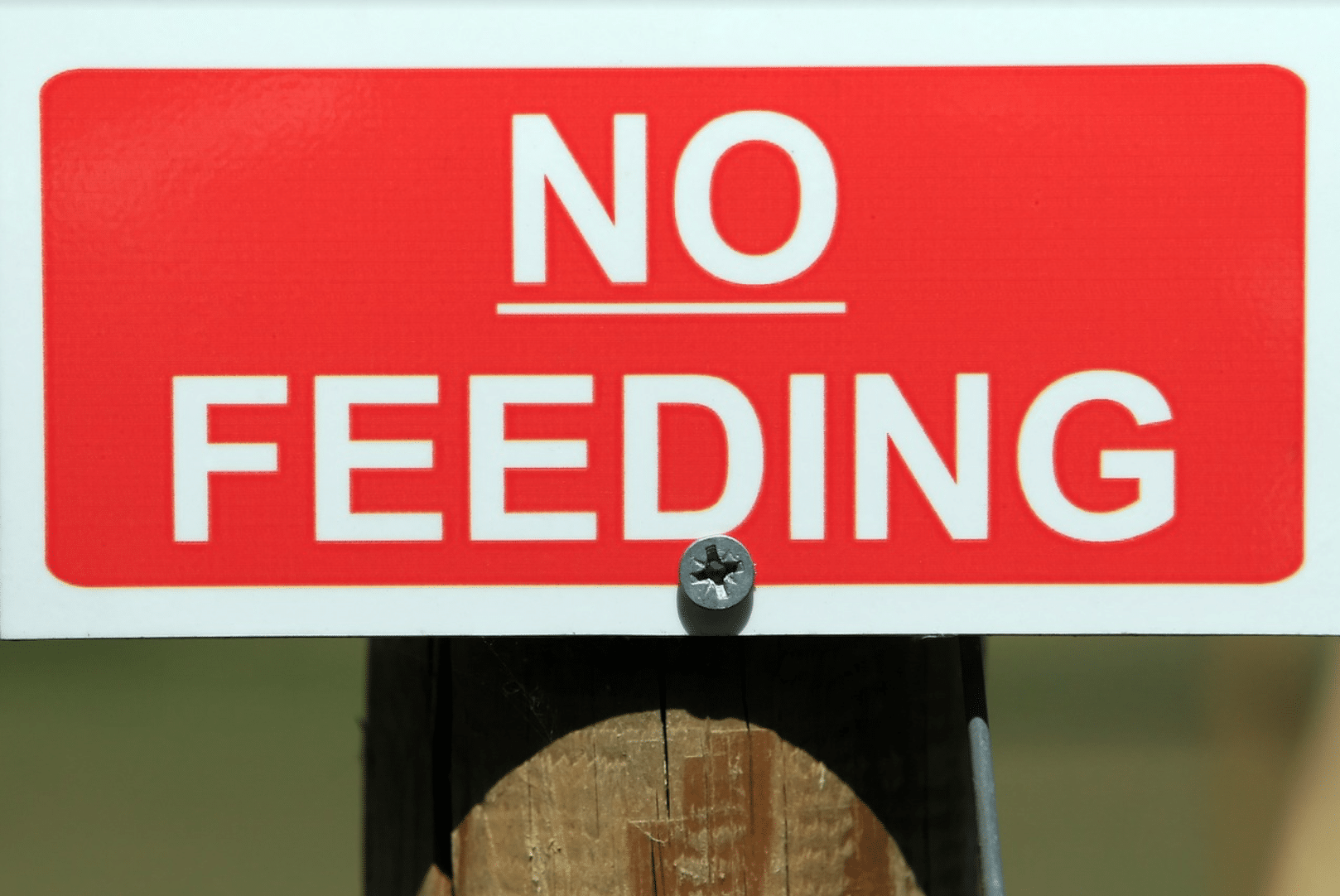 Feeding internet trolls your time and energy might be even more ridiculous than trying to feed that seven footer that lives in the retention pond behind your house (true story).

Because, unlike gators, internet trolls are actually malicious, and they thrive on attention– especially if it’s negative.

Arguing with trolls will never work in your favor, and it will just leave you more frustrated than when you started. You know that saying “Never argue with an idiot because they’ll bring you down to their level?” Yep, I’m going to go ahead and say that applies here.

Avoid replying to a troll’s comment at all if you can, no matter how tempting it can be to respond. If you need to reply for some reason (like if the comment got a lot of attention and has successfully managed to stir up rumors or drama), stick to the facts and leave emotions out of it.

Which brings us to the next step…

Hide Comments, but Only Selectively

You don’t want to go around deleting every comment that might have some criticism for your brand. Not only is this not productive, it can appear like you have something to hide and aren’t being transparent. When someone notices– and they will– it can create all sorts of problems.

That being said, there is a time and a place to start hiding comments. You don’t want the comments sections of your videos to be filled up with SPAM or comments from trolls, because it can make it look like you don’t monitor your channel or that you don’t care. It can look sloppy, and it can affect how users perceive your brand. 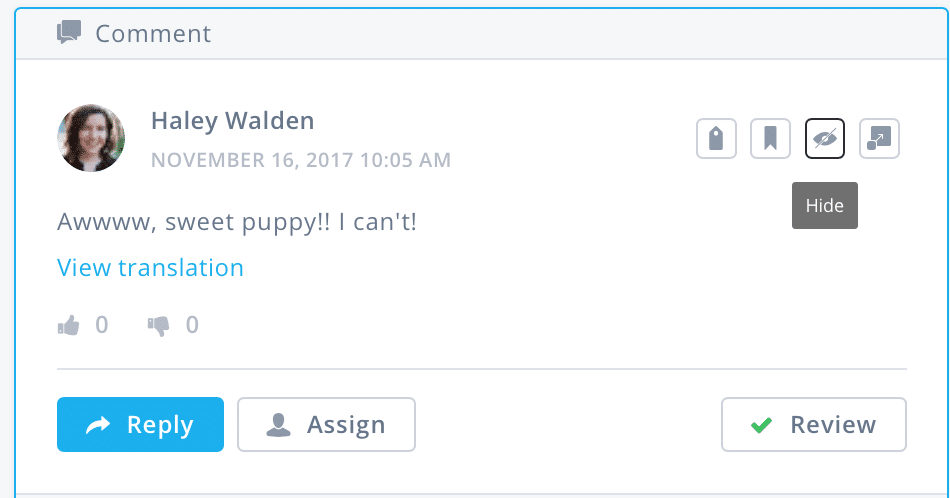 To hide a comment with Agorapulse, just click on the “hide” icon in the right-hand side menu.

Imagine a parent seeing that a YouTube channel for kids has curse words and obscenities and racist language pasted up and down the comments section. They wouldn’t be too happy and may block that channel.

Hide comments when appropriate, and don’t hesitate to do so. You can do this right from Agorapulse, so take advantage of that. Because trying to keep up with comments in real time is difficult, we recommend incorporating more moderation tools whenever possible.

When it comes to dealing with YouTube trolls, moderation tools are a lifesaver. That’s why Agorapulse kept that in mind when we developed our YouTube moderation capabilities.

The ability to see all the YouTube comments on all your videos under one dashboard is a big advantage. You can easily review new comments, and look for trends in comments from specific users across all of your videos quickly. This can make it easier to identify the trolls you want to avoid. 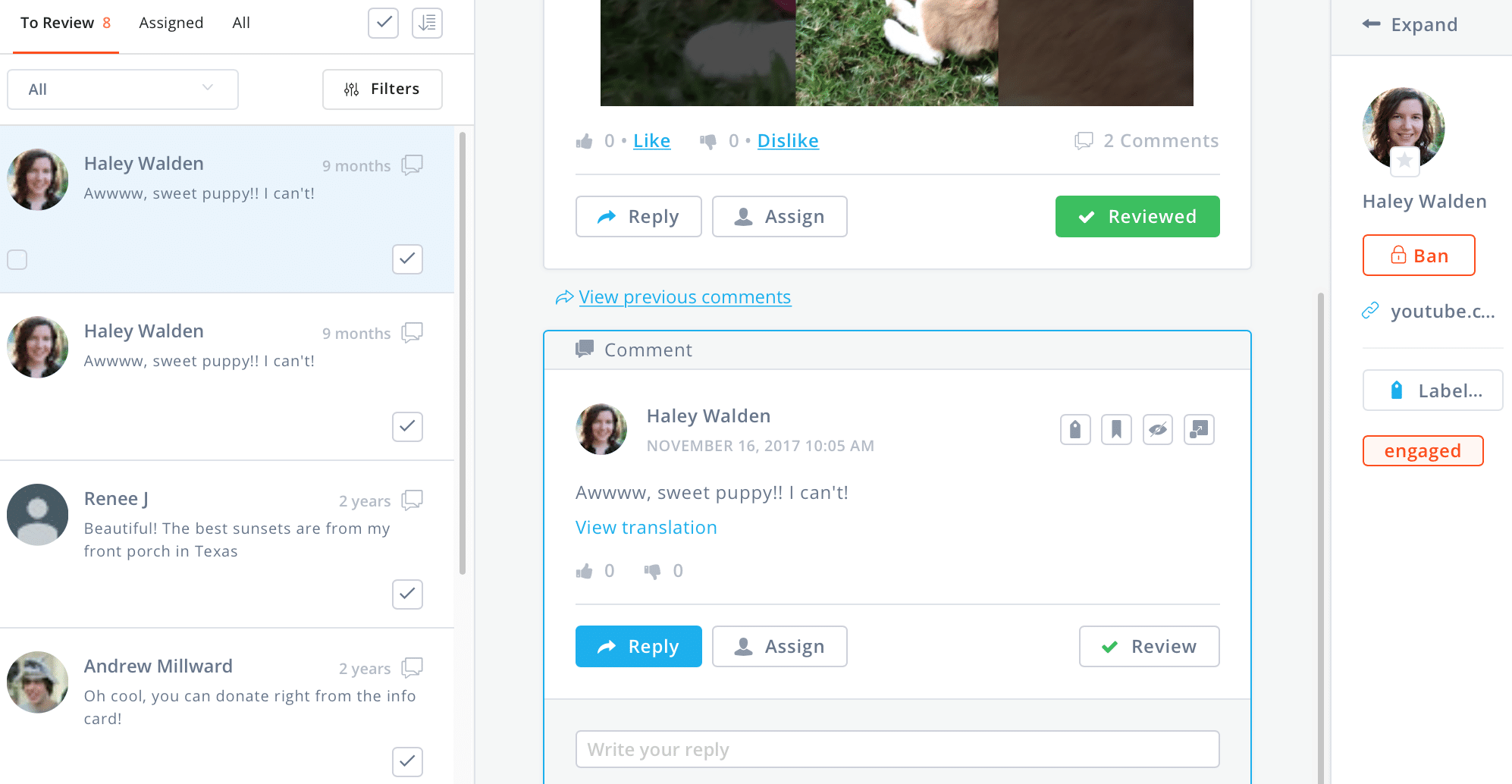 Dealing with trolls manually is kind of like playing a game of whack-a-mole that never ends.

Sure, you can keep whacking at them one at a time, but moderation tools allow you to unplug that whack-a-mole machine so you can go focus on something else.

Take advantage of rules so that you can deal with trolls more quickly and more efficiently than ever before.

Ban the Trolls Themselves

If all this hasn’t worked to stop a troll in their tracks, you can ban trolls from commenting. This will save you a lot of hassle moving forward, and you can do it right from Agorapulse’s dashboard.

As you’re reviewing individual comments, you can click on one to expand it. This will open up the comment, but you’ll also be able to see the user’s information and all their comments on your channel. On the right hand side, you can label different users if you want to watch them, or ban them outright. 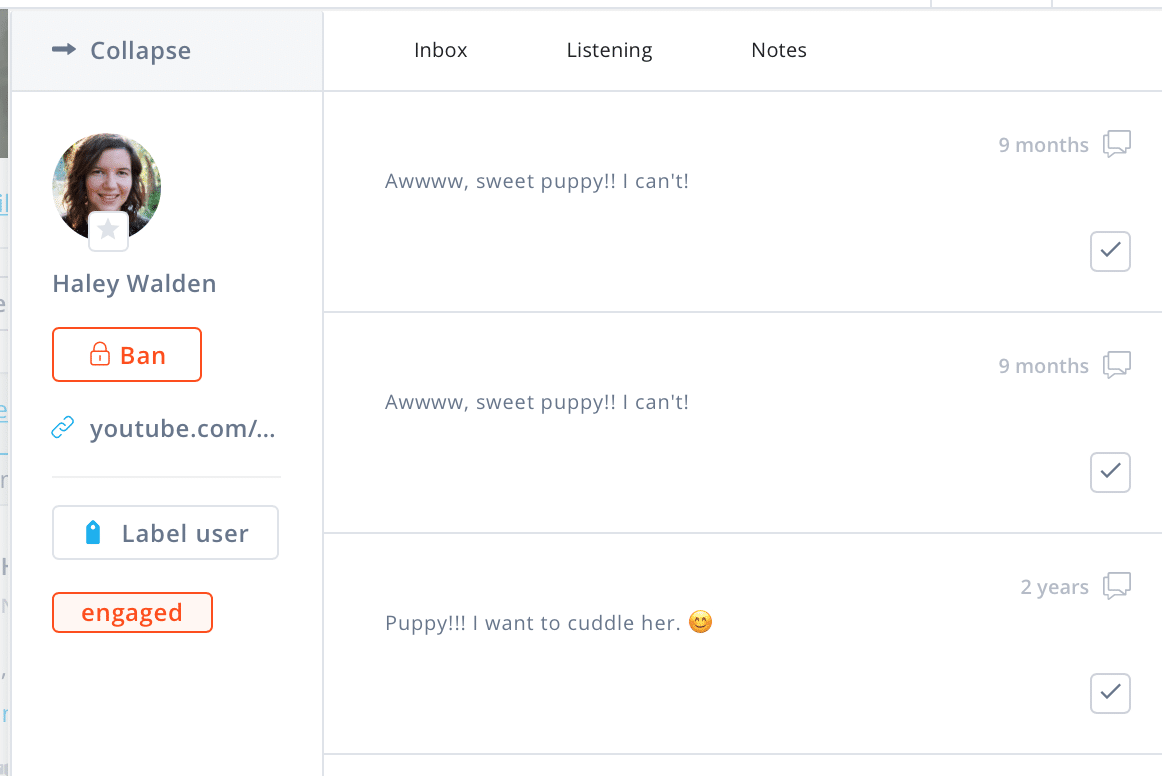 Don’t hesitate to do this, and you’ll save yourself a huge headache. You can always lift the ban later.

There’s an episode of Superstore that features an angry Yelper who continually writes nasty reviews about the show’s Walmart-esque Cloud 9 and its manager. Yet, the manager continues to engage with him.

He brings him back to the store, and the reviewer seems nice in person, and then goes home and writes an even nastier review.

He is the picture-perfect internet troll.

These people don’t really want anything to change or even achieve anything in particular at all.

Their frustrating comments are unproductive for everyone involved, so your only option is to ignore them and do what you can to keep them off your channel so they don’t drive away the people who actually do want to be there.

Staying on top of your channel and the comments that happen there will be key, and using Agorapulse’s moderation tools will make the process a lot easier to help shut things down before they even start popping up.

What do you think? How do you deal with internet trolls? Have you used any of Agorapulse’s YouTube moderation tools to keep them in check? Share your thoughts and questions in the comments below!