If your brand’s not on Twitter, it should be. And if you’re not getting the results you need there, now is the time to fix that.

Just read our breakdown of the latest infographic from WhoisHostingThis to learn how you can get more followers on your Twitter account – starting right now.

To see it all unabridged, just scroll to the bottom. 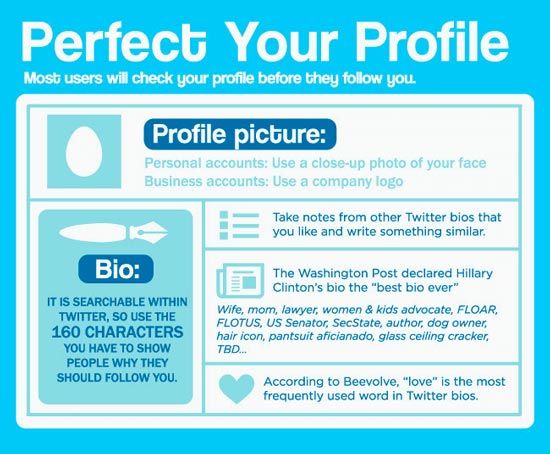 The first thing to do – before worrying about what you tweet and how often to do it – is getting your profile right.  Unsurprisingly, most users start with your profile. They read it, and they follow you – or they don’t.

To set yourself up for success, make your profile picture relevant. Your company logo will do nicely. Then, write your bio as a kind of advertisement. It’s your pitch – your case for why people should follow you. Don’t hard-sell, of course. Just capture the identity of your brand in 160 characters or less, including terms Twitter users might search for. 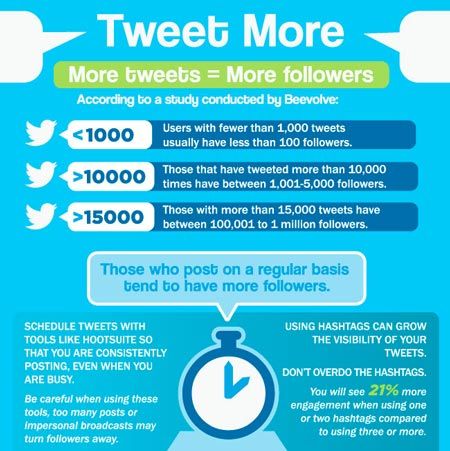 Do yourself a favor and grab a tool to schedule your tweets. It frees you from having to do it yourself. That’s time saved. And don’t get too giddy with hashtags, either. One or two is ideal. More than that and you’re sacrificing engagement.

It’s a balance. You want to be active and relevant, but not mechanical and insincere.

[Tweet “You can have too much of a good thing on Twitter. Don’t use more than 2 hashtags.”] 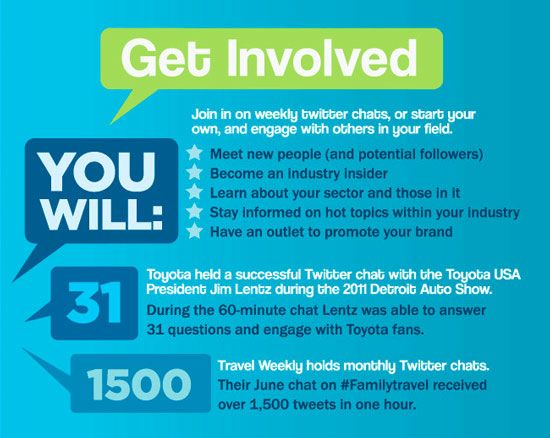 You may know about Twitter chats already. If not, they’re a scheduled time during which you actively respond to any tweets you get.

Simply put, Twitter chats make Twitter more social. You’re not just tweeting brand messages with a response here and there; you’re in a dedicated, sustained dialogue. It’s a great way to endear yourself to new followers, keep a pulse on what’s happening in your industry, and establish thought leadership. 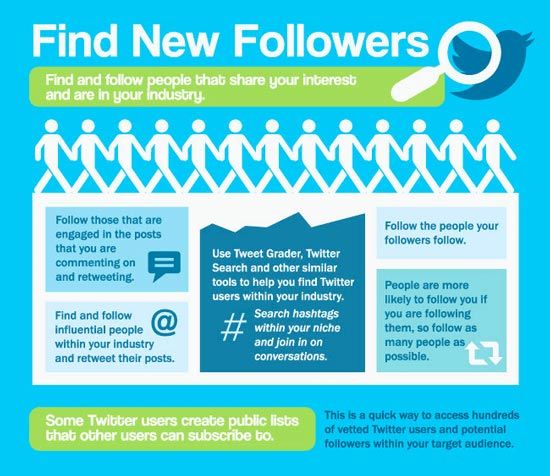 This is an easy one. Just follow more accounts that are relevant.

The people in your industry, the people who retweet you, and the people your followers follow. It doesn’t take much time – you can search hashtags to narrow things down – and it pays real dividends. 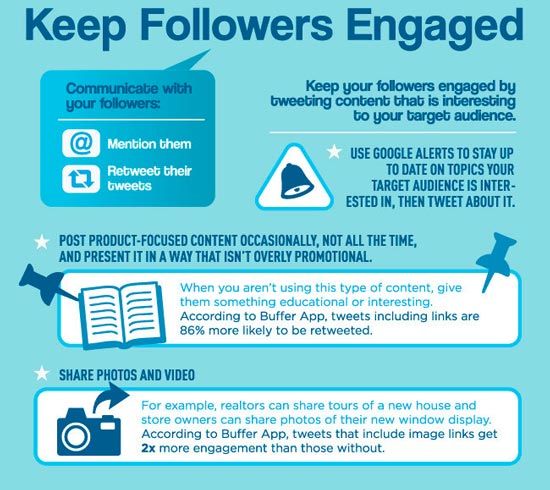 Your job’s not over after you’re followed. The next step is actually more important the more followers you have.

You have to stoke – and sustain – engagement (mentions and re-tweets), talk about things your followers care about, and don’t overdo product-focused content. Links are always good – and they’re even better when they’re image links. The same rules that apply to driving Facebook engagement – at least in principle – apply to Twitter engagement too.

[Tweet “Err on the side of too few promotional tweets than too many. Twitter’s not for hard-selling.”]

6. Learn From the Best 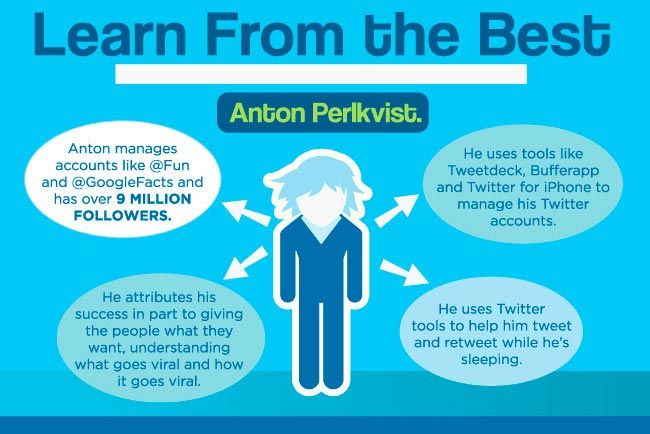 If you’re at a loss – though you should really do it anyway – look to the Twitter users who get it right. They may not always work in your industry – they may not even work at all – but if they’re getting more twitter followers, mentions and retweets then you should pay attention. 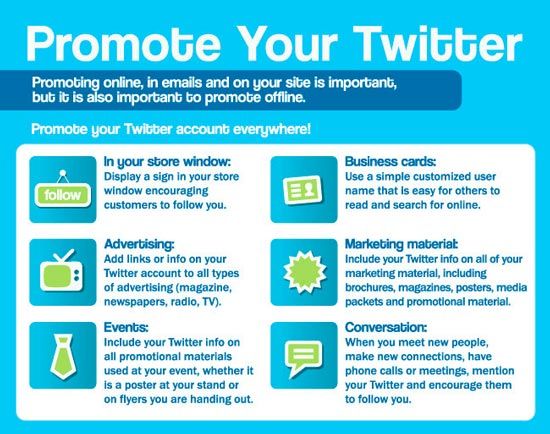 There’s a very predictable bias in on-line marketing- when you spend your days, and your marketing dollars, on search engines, websites, and social networks, it’s easy to forget there are other places to promote yourself.

The world around isn’t entirely digital – yet. Market your Twitter account in traditional media, brick-and-mortar shop windows, industry events, and your everyday conversations. Don’t limit yourself to the web.

Getting Twitter followers can be hard, but it doesn’t have to be. And even if you’re doing well – even if you’re outpacing all your rivals – you still want to keep your lead.

So, follow these easy and actionable tips from WhoIsHostingThis to double your Twitter followers in just 5 minutes a day.

Then let us know how it went in a comment below!