Twitter Media Studio is a dashboard for uploading, managing and scheduling media tweets. Could this be Twitter’s best scheduling tool yet?

When Apple launched their iPhone7 in September 2016 they made a big mistake. They messed up their Twitter scheduling. Instead of tweeting the phone features in sync with Tim Cook they sent them out early.

It looks like Apple haven’t tweeted. But appearances are deceptive.

Did the miss-scheduling of their Tweets during the launch put them off Twitter for good or is there something else going on?

What’s interesting is that if you look hard enough, you will find tweets from @apple.

Missed our big launch news? Here it is in 107 seconds. Don't blink. pic.twitter.com/zCdx8oDwgg

How can this be? No, it’s not a fake. My guess is that they are either using ads, Twitter Media Studio or a combination of both to distribute their Tweets but keep their timeline empty.

In this post I’m going to introduce you to Twitter Media Studio.  I’ll show you how to schedule Tweets and ‘Dark Tweets’ and we’ll discuss the advantages and disadvantages of scheduling this way.

Media Studio is a dashboard that hosts all of your visual content. It automatically pulls photos, videos and images from your Tweets and you can upload new content and manage it there.

But that’s not all. You can tweet or schedule media directly from the interface and you can invite other contributors to collaborate with you.

And here’s why I think Apple used it for their launch. Just like when you schedule from the ads interface, you can choose to make your tweet ‘promoted only’, meaning it won’t appear on your profile page.

Twitter’s announcement about Media Studio also claims “Improvements in stability and upload performance”. This is great news for anyone frustrated at the slow load time for images in the Twitter ads interface.

How Do You Schedule Tweets In Media Studio?

Scheduling Tweets including video or photos in Studio is simple. Choose your media from the library or upload it and click the tweet button underneath. 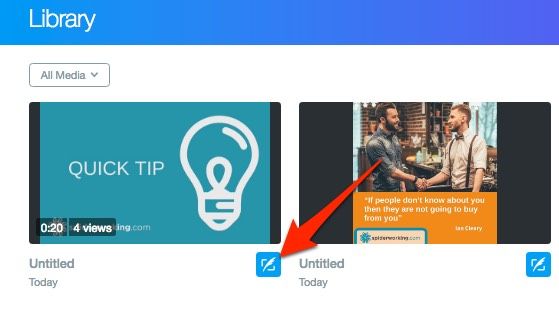 Once you have scheduled a post you can view the list of scheduled Tweets by clicking the ‘schedule’ button.

Frustratingly, you can’t schedule Tweets without media from this interface, you’ll need to do that from the ads manager or Twitter Dashboard.

You also can’t edit scheduled Tweets, somewhat annoying if you are a typo queen like me.

1. Add a CTA button to a video Tweet. Choose from ‘visit site’ or ‘watch now’ and add a link

Add a call to action to your video posts

2. Add Metadata to your videos and images, this adds a description below your media when you Tweet it. 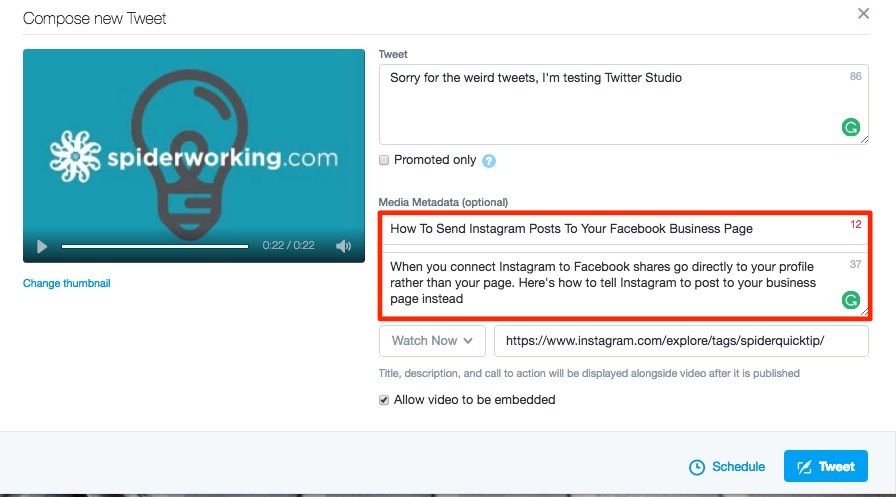 Add meta data to your video or photo 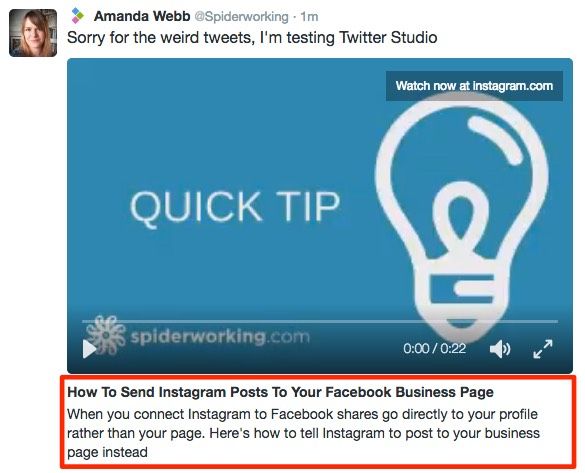 Meta Data appears underneath your video when shared on Twitter 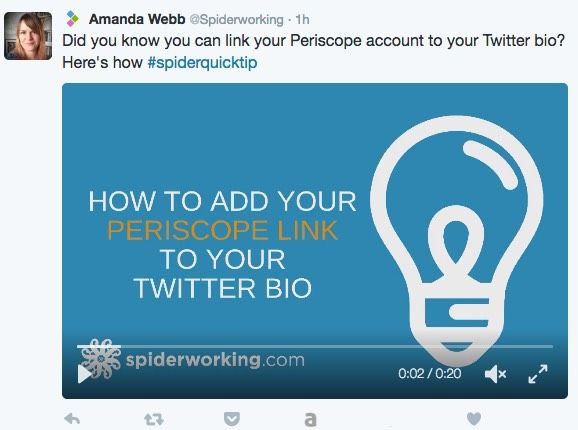 You can add metadata to your media without Tweeting. This is handy if you are preparing a campaign and want to upload and tag your media in advance.  To do this, click on a photo or video, this allows you to add metadata and save it for use later on.

Add meta data to any image or video in your library

3. Change the thumbnail image on your videos. This is really handy, we know that the quality of your thumbnail image can impact a users decision to watch. You can upload an image or choose a frame from your video as a thumbnail. 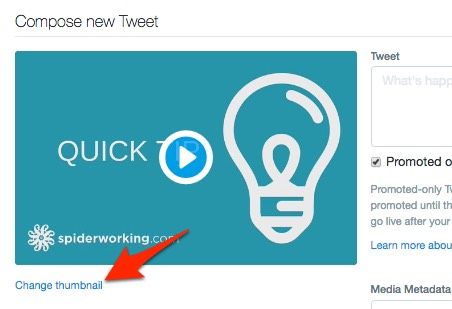 Add a thumbnail image to your videos

‘Dark post’ is a term we associate with Facebook advertising. It refers to a post that is only used in a Facebook ad. It gets no organic distribution and doesn’t appear on your Timeline.

You have always been able to create Tweets like this within the ads interface but now you can do it from Media Studio too. The advantage of using Media Studio is that you can upload all your creative in advance and quickly make ads from the interface.

When Apple tweeted about their iPhone updates they must have been using dark posts.

Create dark posts for ads by clicking ‘promoted only’

Even though this is a dark tweet you can still share it organically without paying. This could be a really good way to get the word out through influencers first. 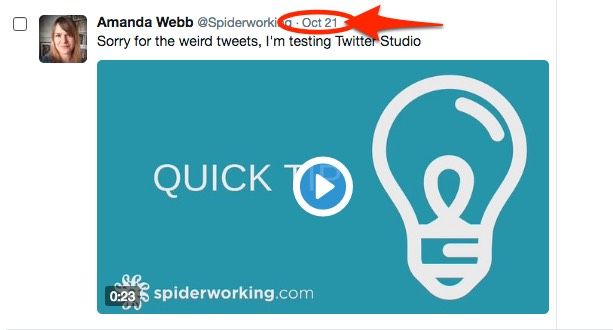 The link in the address bar is the direct link to that tweet.

You can send this link to influencers or employees and ask them to share it leaving your profile blank like Apple have.

How to add collaborators

If you work with a team, Twitter Media Studio allows you to add other members so they can set up and schedule Tweets including video or images on your behalf. All you need is the Twitter username of the person you want to add. 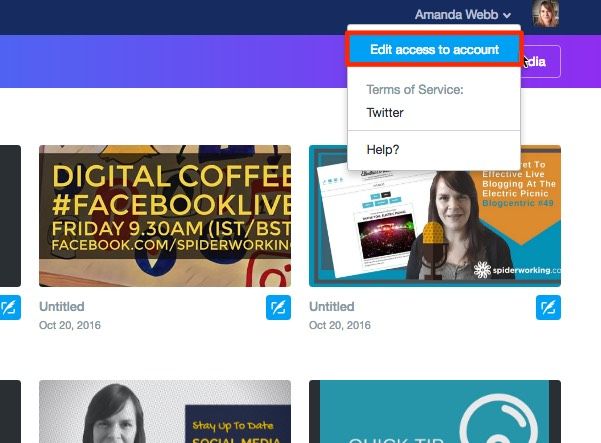 You can add, remove or edit users from this interface. Just enter their Twitter handle and choose the level of admin you want to give them.

Your admin options are:

Studio Contributor — Can take action on behalf of the team account.

Now that you know how it works, let’s look at the advantages and disadvantages of using Twitter Media Studio.

There’s one other problem I have with Media Studio and it’s a big one. You can access Studio via the ads interface as well as independently. You’ll find it under the ‘Creatives’ section. When you access it this way you are only offered limited features. For example, if you try to add users when accessing Studio via the ads interface you can only add them to your ad account, not your studio account.

I’d love Twitter to fully integrate their scheduling solutions. At the moment we can schedule with: Tweetdeck, Twitter Dashboard, Twitter ads, and Twitter Media Studio. I find it cumbersome to flick between the options for different types of Tweets. I’m hoping that some day in the future they’ll pull all these options together into one solid interface.  Until then I’ll be sticking with AgoraPulse for my scheduling!