Have you ever had a 140-character tweet that was virtually impossible to shrink down? You’re in luck!

What are the benefits of this update? Read below for the scoop.

Changes to Your Tweets

Most of the included functionalities are still present. You can still send messages, add attachments, and/or quote others.

Why the Change in Twitter Character Count is a Good Thing

This update is beneficial for numerous reasons. First, Twitter has been shifting toward a more image-heavy platform with more and more businesses integrating related images to their tweets.

Now, companies can do so without compromising the amount of text description they add.

For group conversations, this is also extremely beneficial. Previously, if numerous people were engaging in conversation on Twitter, nearly half their characters may be compromised by tagging the other individuals alone.

In an interview about these changes and how they’ll benefit conversations on Twitter, Twitter CEO, Jack Dorsey, told The Verge:

“Generally, we want to make sure we’re encouraging a whole lot more conversations on Twitter. This is the most notable change we’ve made in recent times around conversation in particular, and around giving people the full expressiveness of the 140 characters. I’m excited to see even more dialog because of this.”

Retweeting other users will also now be easier and less time consuming since the handles won’t count. I can’t tell you how many times I’ve had to edit down RTs in order to make them less than 140 characters!

Twitter shared this great diagram on their dev blog that visually conveys shows the high-level change to Tweets: 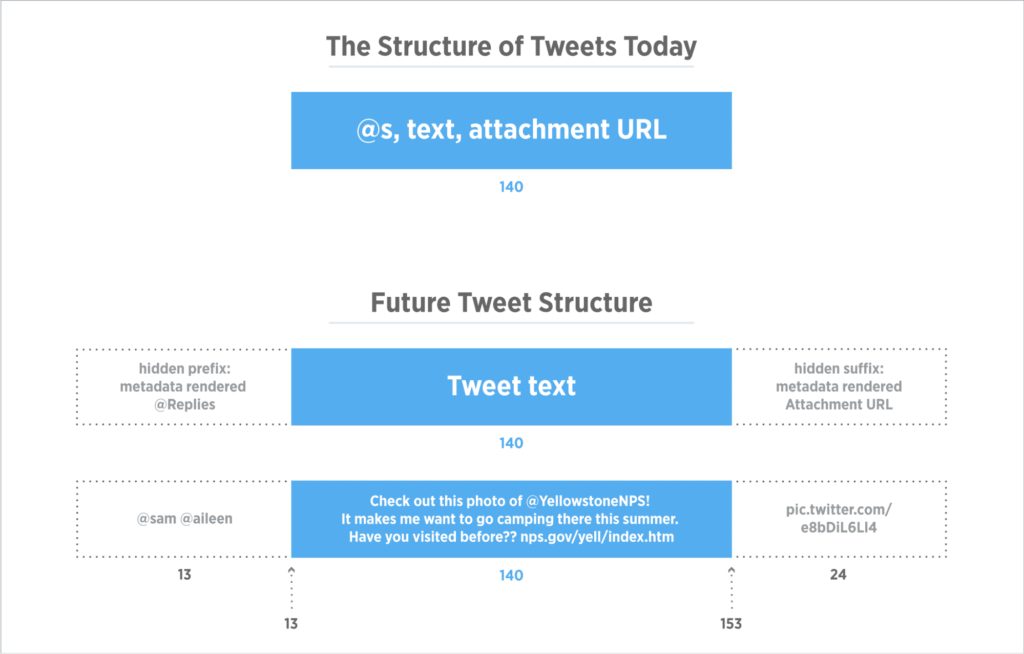 It’s easy to keep track of characters when composing a tweet in your social media dashboard, too.

For example, If I wanted to share my latest article, Agorapulse makes it easy to create my message as well as add a link and thumbnail, and still know how many remaining characters I have left. 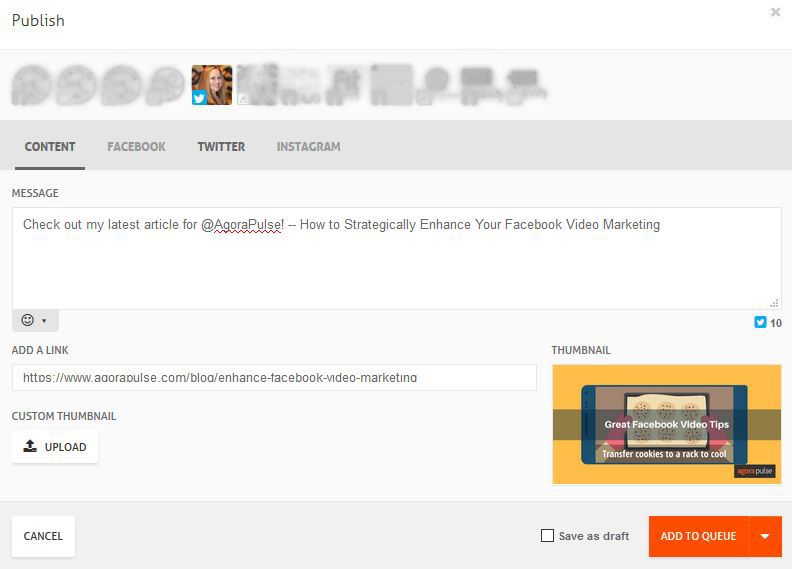 Due to the fact the updated Twitter character count allows businesses to easily include more context for posts and responses, it seems like a win/win in allowing us to have extra space while still maintaining the simplicity that makes Twitter stand out in a busy social environment.

What do you think about Twitter’s latest updates? Let me know in the comments!