The world is full of rich, diverse cultures and beautiful languages. That is to our benefit. But as a business, what happens when you are fortunate enough to have an audience so diverse that they speak multiple primary languages?

This is becoming increasingly common, especially since the Internet has made it possible for our businesses to reach further than ever before.

Even if your business has a small, local audience, however, your audience may consist of different languages. In Florida, for example, Spanish is the first language for a large number of people.

You can’t risk excluding potential customers just because your social media doesn’t translate well, and you don’t want to.

So what’s the solution?

In this post, we’re going to take a look at what you can do if your social audience speaks multiple languages, and how to decide which strategy  is the best option for you.

What Are My Translation Options?

There are a several different ways you can go about interacting with a diverse audience that contains multiple first languages. This includes:

This feature is currently only for Facebook. In order to use it, go into your settings, and then scroll down in the “General” section until you see “Post in multiple languages.” Click on “edit” 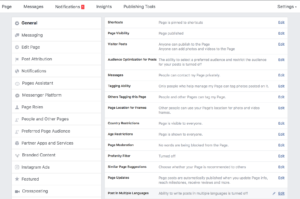 All you have to do is enable it is to check the box allowing page managers to write in different languages. I have no idea why this isn’t automatically enabled, but at least it’s easy to set up.

Now, every time you write a post you can add the same message in different languages. You’ll see a small grey “Write post in another language.” Click on it.

When you click on it, you’ll be asked to choose the language you’d like to translate to.

Whatever language you’re looking for, Facebook almost definitely has it.

Once you select the second language, you’ll need to write out the full translation yourself; Facebook doesn’t do this automatically for you. While this is great in that you don’t have to worry about clunky translations, it also means more work for you. 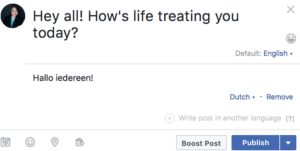 Users can then choose which language they want to read the post in, once it’s live. 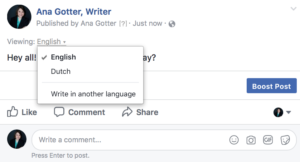 How to Add Multiple Language Options in Video Captions

When posting videos to your Page, you’ll have an option to title it, write descriptions, and add captions. When uploading captions, you’ll see that you have the ability to upload .SRT files, and that you can actually upload files for multiple languages. This will allow your video captions to be translated into your viewers’ preferred language. 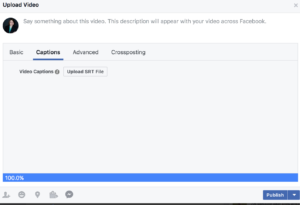 Note that the .SRT file name must be in the following format:

You can learn more about creating .SRT files here.

It goes without saying that your best chance of capturing users’ interest with ad campaigns is to show them ads in their language. Fortunately, Facebook Ads allows you to run ad campaigns that target people based on the language they speak.

You can run different campaigns, showing a Spanish-speaking audience an ad written entirely in Spanish, all the way down to the video subtitles. 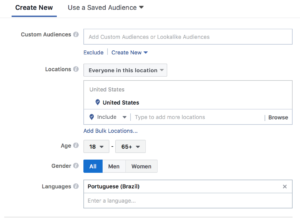 How Can Agorapulse Help?

Here at Agorapulse, we have a very diverse audience ourselves; it’s why we have blog content available in English, French, Spanish, and Portuguese. Because we understand the challenge of providing content to every single audience member when a number of different languages are spoken, our developers added a new translation feature when our tool got revamped within the past few months. 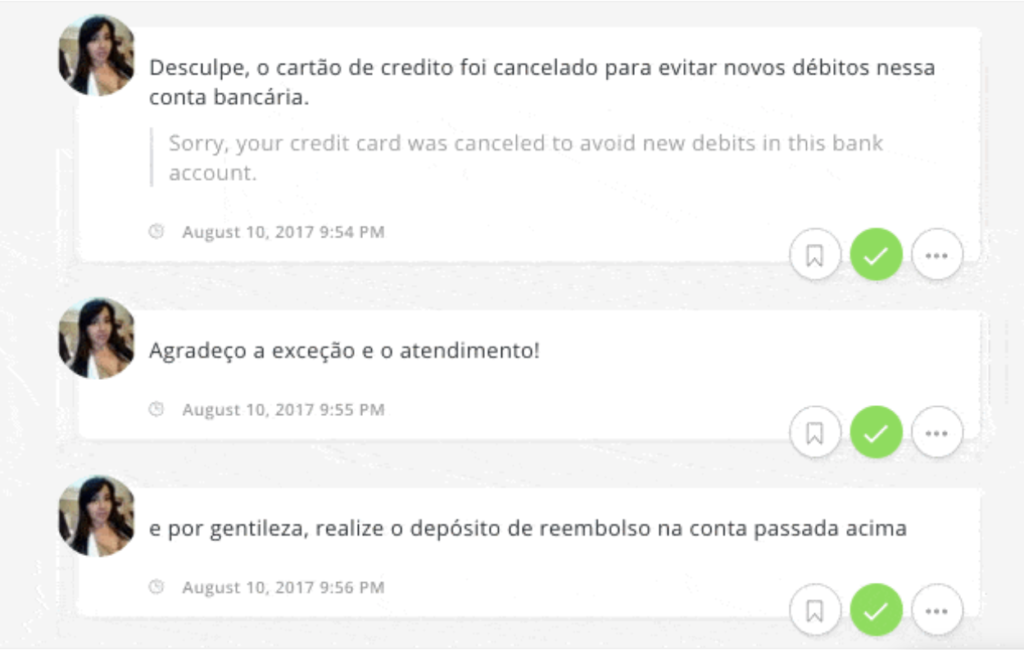 When someone interacts with your page in another language, use our one-click translation for an accurate translation. This is an essential tool that allows you to better interact with every member of your target audience.

Social media is one of the best ways to connect with your audience and develop strong relationships with them. Don’t risk isolating entire audience segments just because you haven’t adapted for an audience that speaks multiple languages. Utilize the strategies we’ve discussed above and Agorapulse’s new simple translation feature. This will let you reach the maximum number of audience members possible, giving you the biggest potential impact.